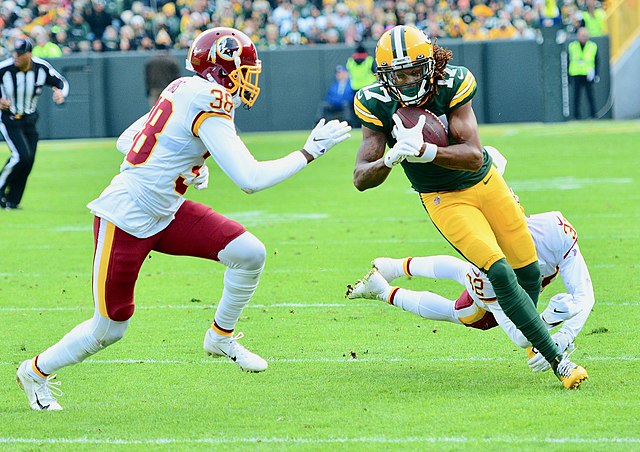 What is the outlook of Davante Adams with Derek Carr?

The Las Vegas Raiders acquired Davante Adams, also known as the long-time jealous ex of Derek Carr. Josh McDaniels clearly wanted to press the pedal to the metal in the AFC West and he should feel very confident in his Tyreek Hill-less division.

I feel strongly that Tae should have a strong career moving forward with McDaniels and Carr in Sin City. Per Fantasy Pros, Tae was the second most targeted wideout last season (169) and the most targeted WR in 2020 (149), but I absolutely expect him to remain one of the Top 5 most targeted WRs with the Raiders in each of the next few seasons. Meanwhile, Hunter Renfrow received 128 targets last season. Adams might have been the “be and end all WR” for Rodgers, but he didn’t quite sling the rock as much as Carr. The Raiders QB1 threw 626 passing attempts last season, while A-Rod unleashed the ball 531 times in 2021. I fully expect Carr and Tae to link up at least 140+ times in 2022. Adams also has a unique skillset in the Raiders offense and he will demand a lot of bombs on the perimeter.

I absolutely see no reason why Adams isn’t a Top 6 dynasty WR at the moment. Tae might be on the verge of 30 years old, but he is coming off a career-high receiving yard mark in 2021 (1,553) and he ousted 18 receiving touchdowns in 2020 (career-high). He is one of the few pros in today’s league that manages to not only retain his form but improve his all-around craft. The NFL world witnessed Randy Moss and Larry Fitzgerald hail as elite WRs beyond the age of 30 and I surely expect the shifty, persistent Adams to be a cream of the crop WR for 4-5 more seasons with Carr.