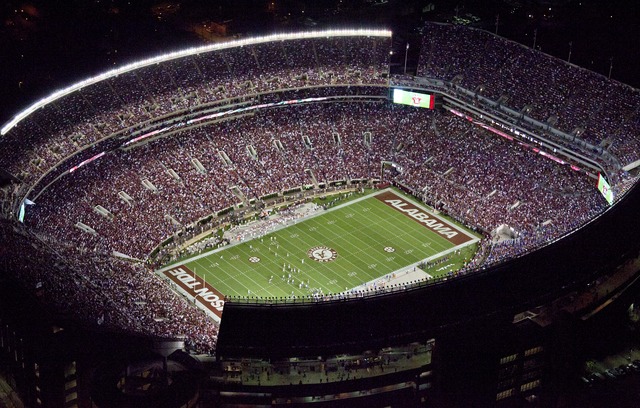 Who is the most overhyped NFL prospect?

With the draft less than a month away, we are beginning to get an idea of how things might play out. Every year there are players taken too highly and this year will be no exception. This is not to say they are bad prospects or that they will be bad NFL players – far from it – but that their current level of hype is unwarranted. Here are four players whose hype does not live up to their Expected Draft Position (EDP).

All EDP data referenced comes from Grinding the Mocks.

I’ll start this by saying that Cross is by no means a bad player. He had an excellent 2021 season and his experience in Mike Leach’s Air Raid offense has made him one of the more seasoned pass protectors in the class. He is a name that fully deserves to be in the first round conversation. That said, I don’t think he’s deserving of the top 10 hype he’s been receiving in the pre-draft process. His EDP of 9.8 puts him in the same tier as Evan Neal and Ikem Ekwonu, but I just don’t see the same caliber of player on tape.

For starters, there is the obvious question mark concerning the offensive scheme he is coming from. Whilst Cross has an incredible 1,293 pass blocking snaps to his name over the past two years, only 265 of those were “true pass sets”. True pass sets exclude plays with less than 4 rushers, play action, screens, short dropbacks and time-to-throws under 2 seconds. They are a useful metric as they focus on how a lineman performed in the traditional dropback situations you will see every week in the NFL. For context, a player like Evan Neal had 233 true pass sets in 2021 alone.

There are also question marks when it comes to Cross’ run blocking ability. Mississippi State barely ran the ball, and when they did they ran a very small number of simple concepts. Cross was rarely asked to execute the kind of blocking assignments he will be expected to perform week-in and week-out in the NFL. There is no doubt he is a talented player, but there are far too many question marks for him to be discussed in the same breath as players like Evan Neal and Ikem Ekwonu.

Breece Hall and Kenneth Walker are at the top of this running back class, but for many people, Spiller is a close third. His background of consistent production in the SEC is understandably intriguing, and his EDP of 79.2 makes him the third highest ranked running back in the class. As far as I’m concerned, he’s not even in the same ballpark as Hall and Walker.

For starters there is his athletic profile. Spiller is a below average athlete in every sense of the word. He ran a 4.64 40-yard dash at this year’s Combine, putting him in the 40th percentile at the position. He was even worse from an explosiveness perspective. His 30″ vertical ranked in the 14th percentile. There were actually eight offensive linemen who posted better vertical scores. He ended up with a Relative Athletic Score of 5.61. For context, there has been just three running backs drafted since 2015 to record a 1,000 yard NFL season who had a RAS below 5.7.

The other concern with Spiller is his lack of a trump card. Hall offers exceptional vision and patience. Walker offers great contact balance and explosiveness. Spiller might be a solid all around back, but it is difficult to find a single elite trait to his game. He can be a contributor as a runner and receiver, but he isn’t the kind of player you can build your rushing attach around at the next level.

Prospects from bigger schools often get a bump in the pre-draft process and there is no better example of that right now than Christian Harris. As things stand he’s currently got an EDP of 49.4. This makes him the third highest ranked linebacker in the class, behind Nakobe Dean and Devin Lloyd. It also puts him ahead of players like Leo Chenal and Quay Walker.

The biggest limitation to Harris’ game is his processing ability. You only need to turn on the tape to see a player who is still developing a feel for the position. His first step is remarkably inconsistent and he is slow to diagnose plays. He also struggles to read the run through traffic and often needs to see a play develop before reacting. His effort and willingness to make plays against the run is also questionable.

When it comes to coverage, Harris is incredibly raw. He has a really bad habit of getting his eyes caught in the backfield when playing in the zone, leading to big plays being made behind him. This was a big contributing factor in him allowing a passer rating of 120.4 throughout his career. Harris might have the athletic traits that teams want in a linebacker, but he’s the embodiment of a project player.

Pickens barely played in 2021 by virtue of his ACL injury, but that hasn’t stopped him rising up boards. As things stand he has an EDP of 37.5. This puts him on the verge of first round conversation and makes him the seventh highest ranked wide receiver in the class. With his reliable hands and a physical playstyle, it is easy to see why some have fallen in love with Pickens’ potential. That said, there’s far too much worrying me to even entertain the possibility of drafting him that highly.

For starters, there is his injury. Pickens finally made his return to the field at the back end of 2021 but didn’t look like the same player. He was sluggish in and out of breaks and lacked any kind of separation quickness. Whilst his pre-draft testing numbers were encouraging, his inability to translate these traits to the playing field on a consistent basis is troubling. Pickens’ production was heavily reliant on his contested catch ability, which is concerning given that he measures in at 6’3″ and 200 lbs.

He is also raw as a route runner and doesn’t show much in terms variations to his route pacing or manipulating defenders downfield. This is certainly something he can develop when he reaches the NFL, but it would still give me pause for thought before drafting him in the top 40. This is all before you even mention his disciplinary issues. Pickens was ejected from a game for fighting as a freshman and has also committed an astonishing 11 penalties during his college career.