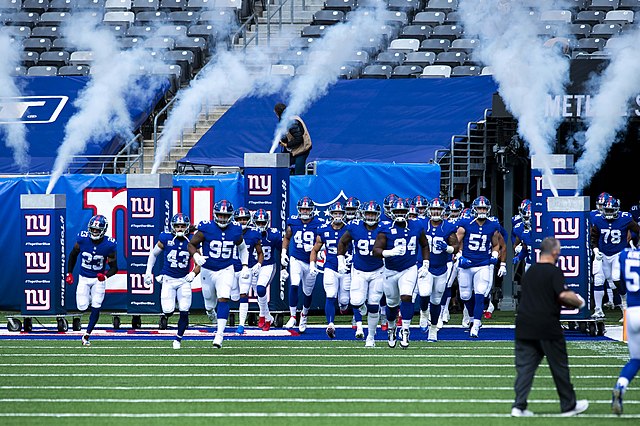 The New York Giants have reportedly been looking to trade away WR Kadarius Toney, but I believe they should reconsider pushing the electric WR out the door “at this moment”. Toney may have had a slightly disappointing rookie season in a lackluster Giants offense (39 receptions, 420 yds), but he displayed his potential in many moments last season. Here are a few examples of his gifted athletic ability against the mighty Saints defense in Week 4 last season.

It’s not a secret that 2022 is the last straw for Daniel Jones and Toney is a big part of their offense right now. If Toney can be a 1,000+ yd WR (at least), he would really jolt their offense. The offense has already lost TE/WR Evan Engram and the 29-year-old Sterling Shepard carries a modest ceiling at this point. Furthermore, it’s not certain if Saquon Barkley will return to 100% as an all-purpose threat.

The Tampa Bay Buccaneers were patient with the Antonio Brown experiment and he was a big part of their 2020 Super Bowl season. Eventually, his off-field issues burnt a bridge with Tampa, but he was still critical for their success in a short window. The Giants should hold onto the overly dramatic Toney for at least the first several weeks of the 2021-2022 season. He can really be an x-factor for their offense, potentially unveil a career season in his sophomore year, and possibly drop troublesome antics.

I really believe it’s worth holding on to the “first-round pick in his first offseason” at this point. After all, his value isn’t special right now. The Giants could squeeze out his elusive ability in year two amid a critical season for the Giants HC-QB combo and potentially trade him for more value if he still doesn’t fit in the Big Apple.