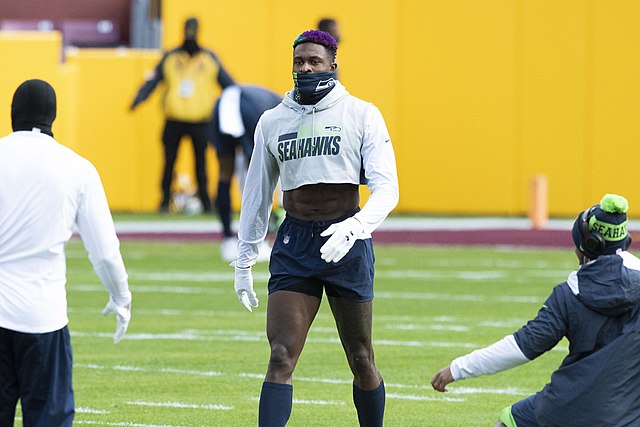 The Seattle Seahawks entered the 2022 NFL Draft bound to be one of the most scrutinized teams in it. That’s what happens when you trade your franchise legend, nine-time Pro Bowl, Super Bowl-winning quarterback. After making their selections, the Seahawks still walked away with this draft class:

Seattle’s draft class has been one of the most polarizing in the immediate aftermath of the draft, with grades ranging from an A- from PFF to a C from CBS’s Pete Prisco. For me, it’s unclear why.

General Manager John Schneider’s last few drafts have been characterized by big reaches, and by not addressing premium positions (widely considered to be left tackle, wide receiver, cornerback and edge rusher). The offensive line has been especially neglected. In the last five drafts, they have only taken one offensive lineman in the first three rounds.

2022 represents a big change in philosophy for a team that refuses to acknowledge they are in a rebuild. The Seahawks had nine selections, and eight of them went to premium positions (OT, WR, CB, EDGE), with the lone exception being running back Kenneth Walker, who was picked in the 2nd round. The ‘Hawks are setting up a solid core for whoever is their long-term answer at the quarterback position. And no, Drew Lock is not it.

Their first-round pick was offensive tackle Charles Cross, from Mississippi State. Picking him with the 9th overall pick was a good move, as the next tackle selected was Trevor Penning, who represented a clear tier drop. Cross is ready to play at both tackle positions, as he’s already a great pass protector. OT Abraham Lucas, picked in the 3rd Round, is also a solid prospect that can eventually start as a tackle or guard.

The Seahawks will always run the ball under Pete Carroll, and they are poised to do so after drafting Walker out of Michigan State. With Chris Carson’s recovery from neck surgery as cloudy as ever, and the often-injured Rashaad Penny on top of the depth chart, Walker brings a physical, yet explosive style and can eventually become a three-down back if he works on his receiving game.

Boye Mafe, a player that got first round hype after shining bright in the senior bowl, is a great value at his draft position. He will come in and be a disruptive rotational pass rusher and can eventually develop into a starter at one of the game’s most important positions.

The Seahawks also added a lot of athleticism, with three of their selections having a sub 4.4 seconds 40-yard dash. These three players are RB Kenneth Walker, CB Tariq Woolen, and WR Bo Melton. Woolen in particular, is an intriguing prospect. While coming from a small school in UTSA, he ran his 40-yard dash in 4.26 seconds, along with a 42” vertical jump. Combined with that athleticism is imposing size and length for a cornerback (6’4”, 205 lb).

Woolen has an extremely high ceiling, and drafting him along with Coby Bryant is a great move where the Seahawks could get incredible return should one of them pan out. Bryant played for Cincinnati, where he won the Jim Thorpe award over his teammate, Sauce Gardner. He was also a 2-time First team All-AAC and a First Team All American. That production makes him a solid bet in the 4th round.

Bo Melton is a WR from Rutgers who could prove to be one of the steals of the draft. He didn’t get to showcase his full ability in college as he had subpar quarterback play, but he has the looks of someone who can contribute as a WR3/4 while being a solid special-teamer.

Regardless of your opinion on particular prospects, it’s hard to deny that Seattle had a solid plan, and made value picks all across the board. Of course, it’s still too early for a verdict on the 2022 Seahawks draft class, but so far, it looks like they set them up well for success in the post-Russell Wilson era.