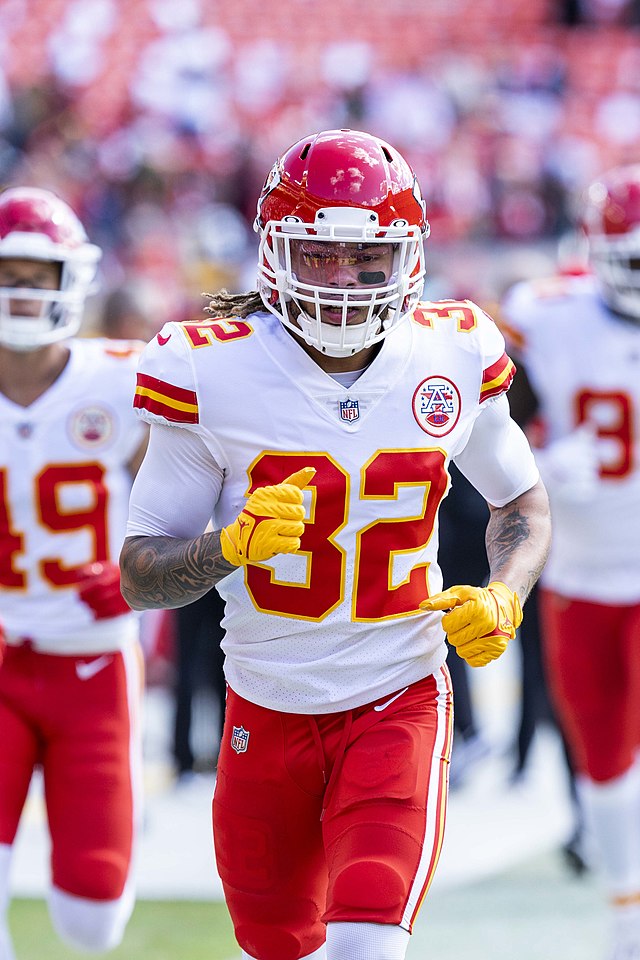 How special is the Saints defense with Tyrann Mathieu?

The pre-game speech warrior and maniac LB Demario Davis may not have been highlighted in the slight popularity contest in the Pro Bowl selection, but he was awarded second-team All-Pro in 2021. It’s clear that the NO defense rose to the challenge on a Brees-less Saints squad last season, but the new ultimate question is: can the Saints defense ascend with some new horses in 2022?

The Saints lost Marcus Williams in the early wave of free agency, but they were able to bring in the underrated safety Marcus Maye in free agency. Dennis Allen was also able to retain the late bloomer in safety P.J. Williams. The former Florida State DB recorded a career-high three interceptions in 2021 (including a game-sealing pick-six against Tom Brady). Fast forward to April 3rd, the Saints officially made their biggest splash signing on defense: Tyrann Mathieu.

The Honey Badger decided to come and help the Saints strive to win their elusive second Super Bowl trophy. Mathieu might be 29 years old, but he is still an overly impressive football player. He’s cracked the All-Pro team in two of the past three seasons and he made the Pro Bowl in 2020 and 2021. The former Chiefs safety had a career-high 6 interceptions in 2020. All in all, it seems far from likely that Mathieu will have a similar outcome as Jairus Byrd in a Saints uniform.

Mathieu will not only join Lattimore and Maye, but he will play next to a juiced-up Chauncey Gardner Johnson that has frequently expressed his love for the New Orleans icon on Twitter. CGJ produced a career-high season in ints (3) and sacks (2) for Allen last season. Mathieu, CGJ, and Maye are very versatile defenders and Allen (who is expected to retain play-calling duties) will enjoy utilizing their instincts and physical abilities to their highest capacity.

Similar to former Saints defensive coordinator Gregg Williams, Allen loves to insert his safeties in the box. The past success of hybrid Saints safeties under Allen (former Saints DB coach) in Roman Harper (Pro Bowler in 2009) and Malcolm Jenkins was an underrated reason why the 2009 Saints defense led the league in takeaways and helped the Saints win their first Lombardi trophy. In 2011, Harper recorded 7.5 sacks as a Saint (second-most sacks by a safety in a single season). Each of the Saints ring-leaders in the past decade (Payton, Williams, Rob Ryan, Allen) is infamous for blitzing safeties on first down and even pivotal third-down moments. Expect Mathieu to not only excel in coverage but also as an OLB in countless creative packages.

I believe that Saints safety tandem has progressed from 2021 to 2022 and the shiny Saints safety group will help the Saints be more dangerous moving forward. The old Saints safety that left to Baltimore has five interceptions in the past two seasons combined, while Mathieu has nine interceptions in his two prior seasons in KC. Mathieu will also benefit from playing behind a Saints pass rush (eight in sacks in 2021) and front seven that’s noticeably more impressive than the Chiefs front seven (29th in sacks a season ago). The SEC legend that strangely wasn’t offered a contract to reunite with KC also has two touchdowns in the past two football seasons combined, so it’s clear he’s a big play waiting to happen.

The Saints LB hero and former NY Jet in Davis was one of the Saints best value FA signings of all time in the 2018 offseason. The former Jet safety in Maye might be a bit in the shadow of Mathieu, but he could honestly be a superstar and expected upgrade over fellow ex-safety Malcolm Jenkins for the Saints, too. Maye was voted the Jets MVP in 2020, as he was “one of three players with at least 60 tackles, 2 INTs, and 2 FF” in the regular season. Maye missed 11 games last season via a torn Achilles, but he is healthy and primed to be an immediate difference-maker for Who Dat Nation.

I feel a lot of bliss for the Saints outlook on defense in 2022. I fully expect large contributions from Marcus Davenport, who sadly missed a career-high six contests in 2021, to continue to climb the ladder and likely unleash a career season of sacks in 2022. The Saints will also welcome a healthy Payton Turner (first-round pick in 2021) back to their defensive unit. Plus, I don’t foresee Cameron Jordan and Demario Davis on their “last stand” next season, as the veteran defenders should be forces for at least a few more seasons. At last, it would make sense if Paulson Adebo (rookie CB last season/3 ints in 2021) and Pete Warner (second-round pick in 2021) rose to become effective defenders for their beloved squad in 2022.

I could realistically see a Tyrann Mathieu featured Saints defense improving from their 15th ranked pass defense in 2021 to become a Top 6 pass defense with Mathieu, Bradley Roby, Lattimore, Maye, CGJ, Adebo, Williams, and rookie Alontae Taylor out of Tennessee. The likelihood of the Saints showcasing a Top 3 run defense for another season is on par with the chances of Avatar 2 being a high grossing film, so it’s fairly high. The NFL world could potentially witness a defense in the Big Easy that is more special than any previous Saints defense since the days of “the Dome Patrol”. The Saints could honestly have the top defense in PPG allowed and/or total yards allowed if the defense can have strong chemistry early, stay healthy, and continue to make life hell for Brady in both matchups. The team that has won the NFC South in four out of the past five seasons may not have Payton or Brees in the building, but the hungry (and confusingly underrated) NFL team could really lean on their defense to dominate most of their competition next season.