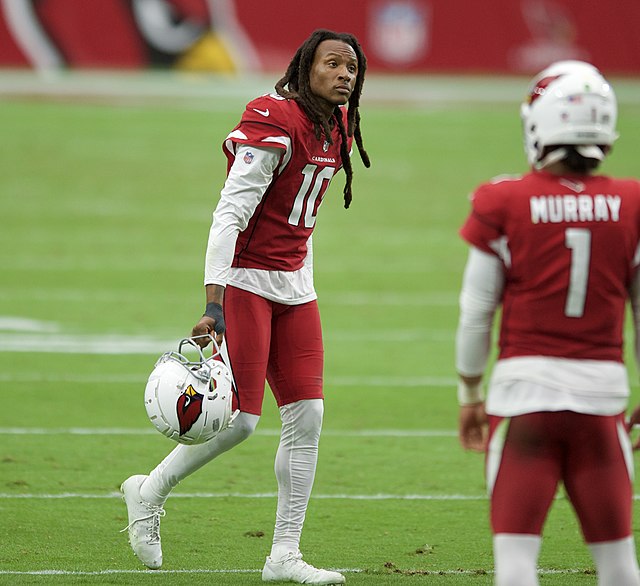 Why the Cardinals can return to the playoffs next season

The Arizona Cardinals may have a unique outlook at their quarterback and wide receiver position, but I still believe the team that started 7-0 last season should still carry their heads high in 2022. With that said, I’m going to simply outline three reasons why the Cardinals can return to the post-season next season.

The two-time Defensive Player of The Year J.J. Watt played in only seven games last season. I surely don’t believe Watt is focused on soaking up the sun after being a non-factor last season. Watt, who recently announced that he is having his first baby, can still be a force in this league at numerous spots on the DL (despite his recent sack numbers). The Cardinals DL that is from the same draft class as Von Miller and Cameron Jordan will continue to be bloodthirsty for his first Super Bowl ring.

Of course, Kyler Murray is a gifted signal-caller in the NFL. Although, there isn’t a QB in the league that won’t be hurt by missing OTAs. It’s amazing that Murray has shown desperation for a new contract, but he is still lasered in at OTAs. There have been greek god-like QBs that have missed a lot of summer activity for a hefty contract (such as a Drew Brees), so it’s very exciting that Murray cares about creating chemistry with his different WR room for team success.

I thought the Cardinals re-signing of Zach Ertz was one of the most underrated NFL moves this off-season. Ertz is still a very good football player at age 31 — which is two years younger than Gronk. He will be a crucial red-zone threat, while D-Hop is MIA (8 touchdowns in 10 games last season). Hollywood Brown, the second-year WR Rondale Moore, and the familiar AJ Green will not only be the key options for Murray in 2022. It should also be noted that Murray will simply have his best group of weapons after Hopkins returns from the six-game suspension.