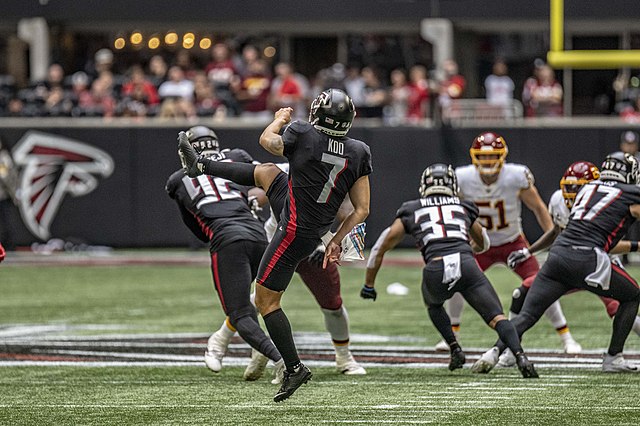 The Atlanta Falcons kicker Younghoe Koo started to become more famous in 2020 (aka his third season), as he made his first Pro Bowl. In 2020, he made a career-high 37 field goals — as he completed an impressive 94% of his attempts. It was clear that the football player that was born in South Korea was productive and efficient for the Falcons. Last season, he made 93.1% of his field-goal attempts — which was third-most accurate among kickers (yet, he didn’t crack a Pro Bowl spot).

Dave Choate from The Falcoholic nicely pointed out how Koo was a major Pro Bowl snub last season.

Koo may not have garnered a Pro Bowl spot for his second straight season in 2021, but the Falcons really knew his worth this off-season. The Falcons re-signed Koo to a three-year contract worth $24.25 million dollar deal in March. The new-look NFC South squad made him the third-highest kicker in the NFL.

He is quietly one of their most important players, especially after the losses of Julio Jones and Matt Ryan in recent memory. The Falcons kicker may not have the same pedigree as Justin Tucker, but he is five years younger than the Ravens 32-year-old kicker. The gifted and unique kicker should continue to earn his stripes and he may even rise to become the very best kicker in the league — especially as Tucker ages.