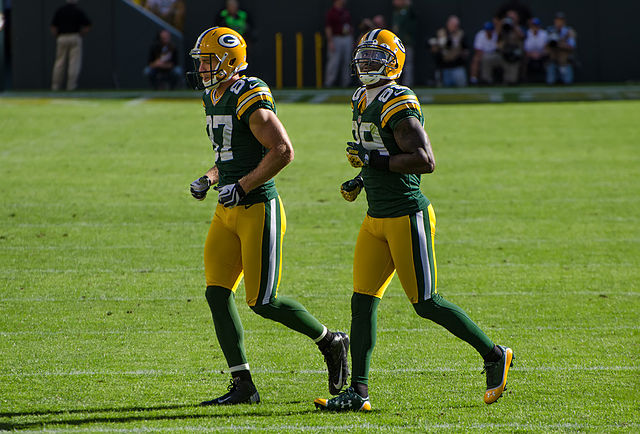 Christian Watson could win OROY in 2022

The Green Bay Packers aren’t exactly known for drafting wide receivers early in the NFL Draft. Zach Kruse from Packers Wire nicely pointed out how Christian Watson was the highest draft pick at WR for the Packers since 2002. Let it be known that many cheeseheads may have made statues of him because the Packers finally picked a WR early in the draft.

With that said, I’m going to untwine why the rook can live up to high expectations and even unleash an OROY-caliber season in 2022.

The former NDSU WR will be glad to know he faces mediocre NFC North pass defenses. In 2021, the Lions ranked 31st in PPG allowed, the Vikings were 24th in PPG allowed, and the Bears ousted a 21st place in PPG allowed. Each of the NFC North defenses didn’t exactly make massive strides on paper this off-season and I surely expect each of the Packers divisional opponents to still have growing pains moving forward.

Watson will have to be fairly involved in the vertical passing attack given the absence of MVS (regardless of Sammy Watkins). Although, I believe that there is a realistic outlook that Watkins continues to suffer from the injury bug. I expect him to be more efficient with A-Rod than any previous QB he played with, but he may face more minor injuries, as he missed three games in 2021 and six games in 2020. Since his rookie season, he’s only ousted one season with 15+ games. With that said, I believe Watson may be more involved in a potential Sammy Watkins-less offense.

Watson certainly had a moment of bliss when he heard that he was going to play with one of the most gifted quarterbacks of all time. Aaron Rodgers did a fantastic job of helping the former second-round WR Jordy Nelson develop into a rockstar for his offense. Nelson recorded three seasons of 1,200+ yards and two seasons of 14+ touchdowns for the Pack. The former third-round pick James Jones also made special performances with Rodgers. The current NFL analyst notched a whopping 14 touchdowns in 2012. It’s time for another non-first-round WR in Watson to be elite in a receiving category (such as touchdowns or yards) or evolve into a Packers legendary WR with A-Rod.