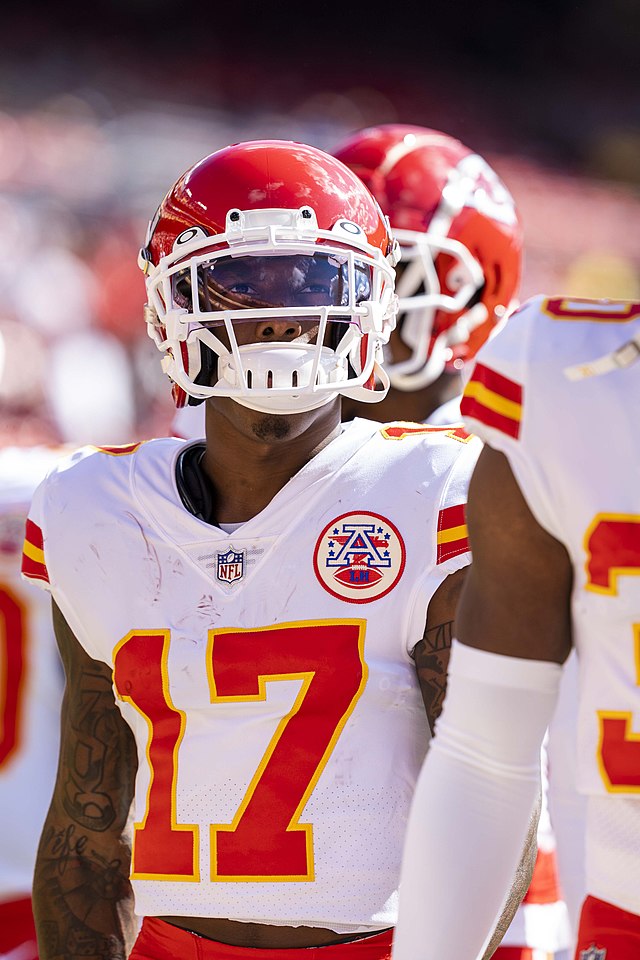 The Kansas City Chiefs will no longer feature the fireworks that Tyreek Hill brought to the wide receiver position (three-time All-Pro), but they will carry a few new, potent faces: JuJu Smith-Schuster, MVS, and Skyy Moore. Patrick Mahomes may have leaned on Hill to catch third and long passes in pivotal situations, but he certainly has many unique threats to replace Hill (and potentially improve Mahomes’s production) moving forward.

Of course, the TE Travis Kelce will still be a major factor for a long time in KC.

Smith-Schuster may have been a ghost over the past couple of seasons, but it didn’t help that he was in a crowded WR with a washed-up Ben Roethlisberger. It also should be noted that his health has really derailed him: four missed games in 2019 and 11 missed games last season.

The 25-year-old WR is absolutely capable of high-end success with a QB like Patty Mahomes. In fact, his most productive season is similar to Hill’s most electric season, as shown below.

Smith-Schuster should be a Pro Bowl-caliber in a Chiefs uniform, but the football world could be surprised by the rookie Skyy Moore. James Jones was an enormous fan of Moore prior to him being drafted by KC (as shown below).

The second-round pick was MIA in rookie mini-camp due to a minor hamstring injury. Although he returned to action (on a limited basis) in OTAs. It’s also positive that Moore has impressed Big Red in OTAs as of late. Per Chiefs Wire, Reid stated, “He’s doing a good job of understanding what we’re trying to get done.” Reid elaborated that he needs to catch up a bit, but it’s clear that the gifted athlete is meshing well with the Chiefs offensive system.

I expect MVS to be an occasional threat deep down the field, as he was often very explosive for A-Rod in the past. He averaged 20.9 YPC in 2020 and he has a career YPC of 17.5. The Chiefs will have everybody’s old crush in Mecole Hardman and the unique WR Josh Gordon. Hardman quietly had 693 yards last season and he should compete with MVS for the third-most production at WR. Finally, the former Browns legend at WR will likely be busting his tail to keep a roster spot and he may have a couple of touchdown catches that make NFL fans reminisce about his days of being an elite WR.