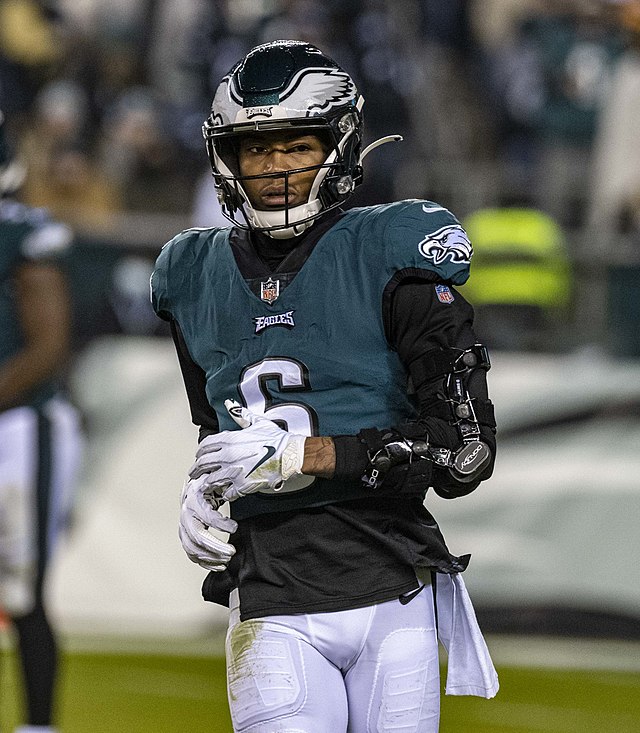 The Philadelphia Eagles wide receiver DeVonta Smith is striving to be more potent in his sophomore season (after recording 916 yds and 5 touchdowns in his rookie campaign). The Eagles new wideout A.J. Brown has already expressed that the sky is the limit for Smith. Per PFT, Brown feels that Smitty can dominate against opposing CB2s and he also was in awe of Smitty’s route running ability. Of course, the former Heisman winner will pride himself on being the top WR for Hurts as he improves his tool-kit.

Smith garnered an impressive 77.2 grade by PFF and he was even PFF’s highest-graded WR ahead of Week 10 in 2021. It should be noted that Smitty may have been a non-bulked-up wideout in the draft process, but he clearly hit the ground running in his rookie season.

Meanwhile, the former Titans wideout (that signed a four-year contract worth $100 million dollars) and the Eagles expected WR1 will look to be a Top-5 WR in the 2022 season. Brown has recorded 2,995 yds and 24 touchdowns in 36 career games up to this point. His ability to stretch the field can’t be underestimated, as he’s recorded 16.2 YPC in his career. Hurts absolutely has the arm strength to frequently connect with Brown deep down the field, as well.

The Eagles will also certainly expect their WR3 Quez Watkins and WR4 Jalen Reagor to improve in their young careers. Watkins, who has impressed more than Reagor, picked up 647 yards last season. Watkins notably had a 91-yard touchdown catch last season. The former 2020 first-round (Jalen Reagor) may force Nick Sirianni to call Vince Papale if he doesn’t bounce back in his third season. The mediocre rook went from 396 yards to an even less impressive 299 yards in his sophomore slump. It was reported by PFT that the Eagles discussed a trade with the Ravens for Reagor during the draft.

All in all, the Eagles have a fantastic WR group (that was picked as a Top-5 unit by PFF) that should help the Jalen Hurts-led Eagles contend for the NFC East title in 2022. Hurts will need to continue to develop strong chemistry with his fancy WR group in OTAs, so they can reap the awards in the 2022 season.