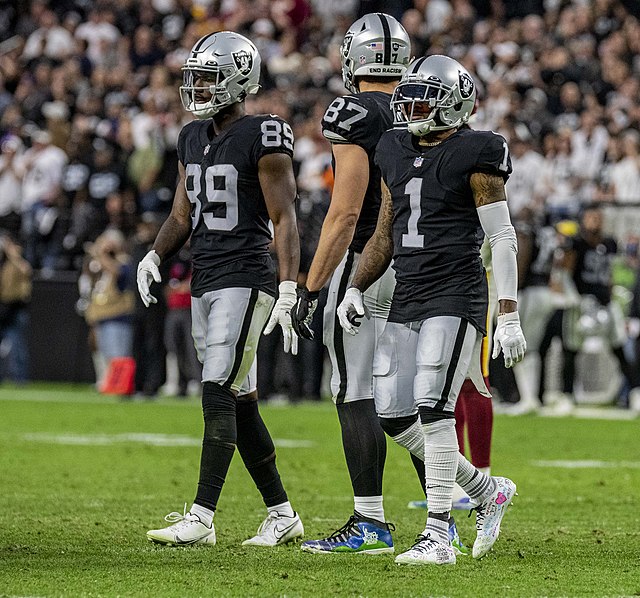 The underrated wide receiver Hunter Renfrow signed a multi-year contract worth $32 million dollars with the Las Vegas Raiders today. Josh McDaniels has expressed his gratitude for Renfrow after the contract was official. Per PFT, the Raiders HC stated, “Hunter is one of the true leaders on this team and he exemplifies the values of the organization in how he comes to work every day. He is a tremendous teammate on and off the field and the entire Raider nation is excited to see what the future holds for Hunter.” Carr is obviously ecstatic that Renfrow extended his contract after they were able to swing big for Davante Adams earlier in the off-season.

Renfrow had an impressive 80.4 grade by PFF – which placed 10th best among all WRs last season. He also had Chris Carter-like hands, as he caught 96.5% of catchable targets (fourth-highest in the league). It’s safe to say that he has been a steal for the Raiders after being drafted in the fifth round.

It should be noted that McDaniels is accustomed to seeing late-round wideouts blossom. The former Pats OC enjoyed a ton of success with the seventh-round pick and slot WR Julian Edelman, who had four seasons of 950+ yards under McDaniels.

Renfrow will join the former Packers WR that turned down more money from the Pack. Adams has registered 29 total touchdowns and 2,928 yards in the past two seasons combined. Tae mentioned that Rodgers’s potential retirement in the near future was a factor in joining LV.

Outside of the big two wideouts in McDaniel’s offense, the Raiders will expect WR Demarcus Robinson to be a threat. Robinson went from the dark side (Kansas City) to the light (Las Vegas) this off-season. He will aim to replace the production of Zay Jones, who went to Jacksonville. Robinsons’s best season came in 2020 – as he recorded a career-high 460 yards and 45 receptions.

Darren Waller may not be a WR, but he will be a top-notch receiving weapon. He missed six games in 2021 and it also seems that his contract situation could be the next priority after Renfrow. After the Raiders lock up their familiar toys (combined with the Tae’s presence), It seems that Derek Carr may be on the verge of being an annual top-shelf QB in the AFC.