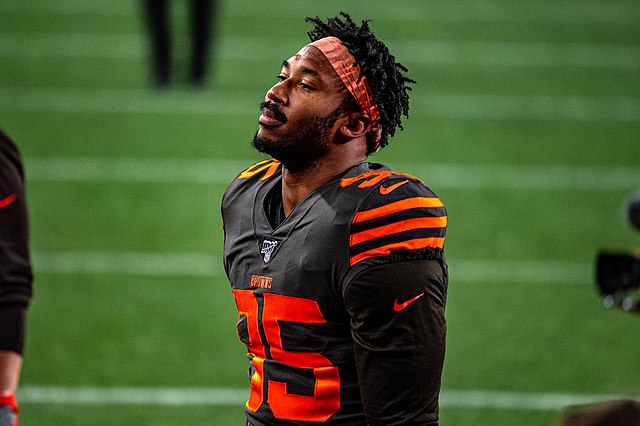 The Cleveland Browns pass rusher Myles Garrett unleashed his second straight All-Pro season in 2021 — as he unleashed career-high marks in sacks (16), QB hits (33) TFLs (17), and combined tackles (51). According to Sports Betting Dime, Garrett is the third-best candidate (after T.J. Watt and Aaron Donald) to win DPOY in 2022.

Of course, Garrett will anticipate that his teammate Jadeveon Clowney will return to being a player that shows first-overall pick talent. Clowney ousted nine sacks, 19 QB hits, and 11 TFLs in 2021. He recently signed a one-year contract worth $10 million, so it’s safe to say that the 29-year-old will continue to prepare well for a pivotal contract season.

Outside of the big-two pass rushers in CLE, the Browns will also expect a lot of play-making ability from Chase Winovich. The new Browns edge rusher had 11.5 sacks and 22 QB hits from 2019 and 2020 combined. The former Michigan Wolverine will certainly learn a lot from the greek god-like edge rushers in Cleveland and excel as the third DE – as he should remain fresh. He currently has one year left on his rookie contract. Stephen Weathlery is a long-time veteran has 8.5 sacks, 107 combined tackles, 27 QB hits, in his career up to this point.

The Browns ranked 10th in sacks last season and they will absolutely look to improve that spot in 2022. If Clowney can stay healthy, Garrett can compete with likely AD and Watt down to the wire in the DPOY conversation, and Winovich can take the next step in his career, the Browns should be a Top-5 team in sacks next season.