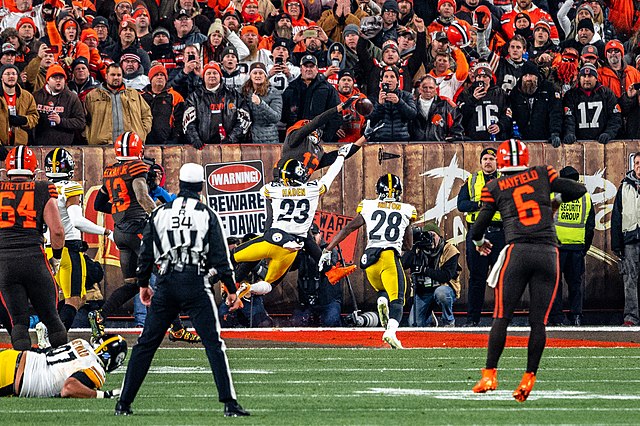 What is the Steelers secondary outlook in 2022?

The Pittsburgh Steelers have been known for possessing a talented secondary in the Mike Tomlin era. They were fortunate to have Hall of Fame safety Troy Polamalu torment quarterbacks from 2003 to 2014. In 2021, they had Joe Haden and Minkah Fitzpatrick leading an impressive pass defense — as they ranked ninth in passing yards per game allowed last season.

The Steelers defense lost the veteran in Haden this off-season, but they still have Ahkello Witherspoon (3 ints and 9 pass deflections in 2021) and Levi Wallace (4 ints and 18 pass deflections over the past two seasons combined) at CB. Cameron Sutton (who recorded 2 interceptions and 52 combined tackles — which were both career-high statistics) is also expected to be a key contributor. Justin Layne is a potential cut candidate, so he will need to have a strong off-season.

The most important Steelers defensive back is Fitzpatrick — who recently signed a four-year contract extension worth $73 million dollars. Fitzpatrick wasn’t his typical ball-hawk self last season, but he did have a personal best 124 combined tackles. Per Steelers Depot, the Steelers safety reflected on his constant hitting last season, “This is probably like, not mentally, but physically, this is probably the toughest season that I had”. Hopefully, Fitzpatrick can save his body a bit more next, while having more play-making ability in the passing game.

The other Steelers safety Terrell Edmunds, who is a brother to Tremaine Edmunds, will look to build off his fourth season in the league (89 combined tackles, 8 TFLs, and 6 pass deflections). Edmunds returned to the Steelers on a one-year contract worth $2.7 million dollars. Outside of Devin Bush, Edmunds is the Steelers x-factor in my opinion.