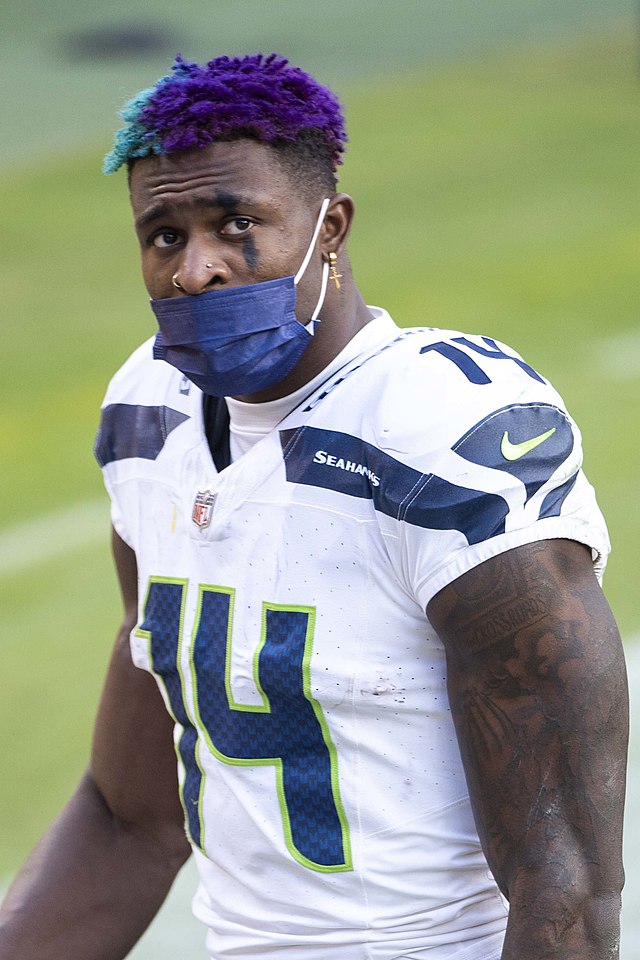 Metcalf, who has a similar physical skill-set as Megatron, has been rumored as a trade candidate in Seattle. The Hawks have shipped out Russell Wilson and cut ties with Bobby Wagner, so it may seem easy to peg the Seahawks hulk-like WR as the next profile to depart from the Rainy City. Nonetheless, I really don’t believe the Hawks and Metcalf will part ways. With that said, I will simply untwine three reasons why the Seahawks won’t trade Metcalf.

Metcalf may not love the Seahawks quarterback situation, but he still deeply respects the locker room as a whole, Seattle, and the energy that Pete Carroll has installed in the team. He was recently at Seattle’s celebrity softball game and he expressed his admiration for the team. Per Heavy., he stated, “I know I’ve only been here three years, but y’all are my family now”. It was nearly impossible for Drew Brees to leave the Big Easy and it seems that it could be quite difficult for Metcalf to move on from Carroll — who tore ripped his shirt off in Metcalf’s honor.

Seattle could be a special place in Metcalf’s heart, but he will still want Carroll and John Schneider to show him the money. The Hawks certainly won’t have to worry about breaking the bank for a Wilson or Wagner extension, so they should absolutely have room for a Metcalf extension. SEA has the tenth most cap space in the league. Per Bleacher Report, Carroll has stated that Metcalf’s contract extension is the priority.

The Hawks may have growing pains in 2022, but they could certainly be a foe to reckon with after 1-2 seasons. Carroll isn’t abandoning ship and he will likely seek a gifted QB in the 2023 draft class. On defense, the Hawks still have the extremely talented Jamal Adams. There may have been a couple of band members that left SEA this off-season, but they still have a few superb pieces that will chase gold moving forward.