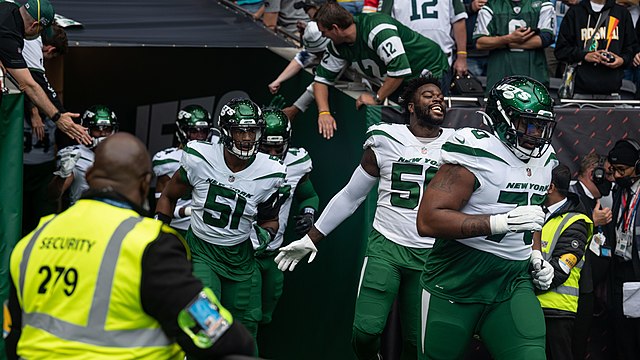 Projecting the Jets record in 2022

The New York Jets are striving to make progress with their HC-QB combination in its second season. With that said, I’m going to simply project the potential victories, likely defeats, and overall record for the Jets in 2022.

Week 1: vs the Baltimore Ravens

Week 2: at the Cleveland Browns

Week 3: vs the Cincinnati Bengals

Unfortunately, I expect the Jets to start 0-3. I believe the Bengals will win 35-17.

Week 4: at the Pittsburgh Steelers

I like the Jets chances to hurt the Steelers secondary and I expect Saleh’s defense to fluster Mitchell Trubisky. I believe the Jets win 27-20.

Week 5: vs the Dolphins

The Miami Dolphins may take time to improve their chemistry, but they should win a close divisional game by a score of 28-21.

Week 6: at the Packers

The Jets will definitely struggle to stop A-Rod (with or without Tae). I expect the Packers to win 38-21.

Week 7: at the Broncos

The Jets are really fighting on a tough course and I expect them to drop this contest, too. I believe the Broncos win 28-17.

Week 8: vs the Patriots

The Jets are still a step behind Bill Belichick’s squad. Although, I don’t love the Patriots secondary. I still expect NE to win 24-20 in this contest.

Week 9: at the Bills

I sadly don’t believe the Jets are close to beating their division foe in Buffalo. I expect BUF to win 35-17.

Week 10: at the Patriots

I expect the Jets to re-group, have a plan to hurt the Pats secondary, and win their second match-up by a score of 27-24.

I feel confident in the Jets direction slightly more than a Bears team that lost Khalil Mack. I believe the Jets win 24-17.

The Vikings and their new, creative head coach Kevin O’Connell should beat the Jets in this match-up. I expect MIN to win 28-17.

I actually like Jared Goff and a less beat-up Lions team to win this game by a score of 24-21.

The Jaguars could honestly make the playoffs in my opinion. They have a lot of firepower and a successful persona at HC. I expect the Jaguars to win 28-17.

Week 16: at the Seahawks

Week 17: at the Dolphins