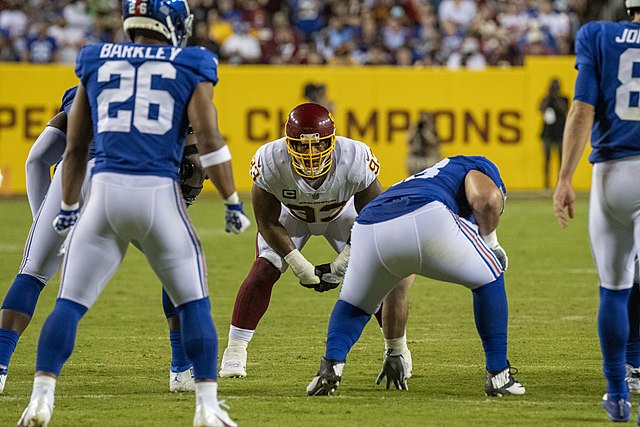 What is the outlook for the Giants offensive line?

The New York Giants offensive line unit was quite dreadful for the young quarterback Daniel Jones and the utterly explosive running back Saquon Barkley in 2021. Pro Football Focus graded the Giants OL as the 30th best OL at the end of last season. There wasn’t a single offensive lineman not named Andrew Thomas that garnered a grade above 62.3 on the Giants OL. With that said, the Giants ought to be given props for bulking up their OL this off-season with impressive profiles. The Giants brought in two veterans: Mark Glowinski and Jon Feliciano. Furthermore, they drafted Evan Neal in the first round and Joshua Ezeudu in the third round.

Glowinski can be a sound and reliable guard for the GMEN. He’s a quality run blocker, he only allowed two sacks last season, and he’s only missed one game over the past three seasons. He signed a three-year contract worth $18.3 million dollars.

The former Indianapolis Colt has had a positive impression of his rookie teammate that was selected seventh overall thus far. Glowinski has expressed that Neal has been a stud this off-season. Per GMEN HQ, Glowinksi stated, “As long as he gets his hands on guys, that’s the end of the story. So, just making sure that we put him in the right place, make sure that he is doing the right things. He has come along drastically every day, learning more and more.”