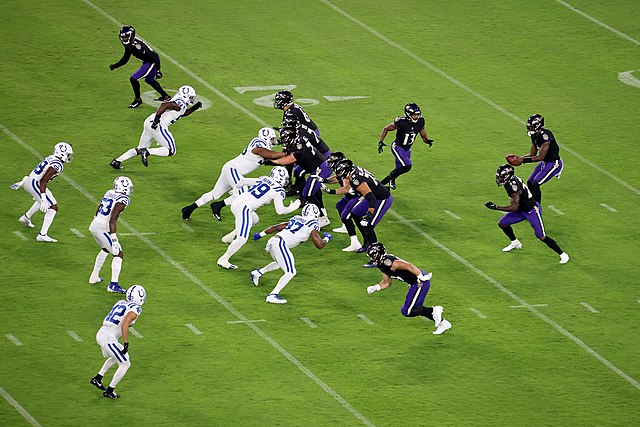 What is the outlook for the Colts defense?

The Indianapolis Colts defense had a modest 2021 outing (21st in touchdowns allowed and 10th in rushing YPG allowed), but they certainly had a couple of weaknesses. The Colts ranked 18th in passing yards per game and 25th in sacks. With that said, they should absolutely feel more comfortable with their pass defense and pass-rushing ability than in 2021.

The Colts brought in the explosive edge rusher Yannick Ngakouye, who registered 10 sacks and 23 QB hits with the Raiders last season. Ngakoyue and Deforest Buckner should be a cream of the crop DE-DT tandem. Buckner earned a Pro Bowl berth in 2021 and garnered All-Pro honors in 2020. PFF also gave him a nice 71.9 grade for his performance a season ago.

The 2021 first-round pick Kwity Paye should also blossom in his sophomore season (4 sacks, 10 QB hits, and 3 TFLs in 2021). Nick Shook of NFL.com believes that Paye will benefit from Ngakoyue and Buckner on the same DL — which should propel him to snag his first Pro Bowl spot in 2022. Paye and the rest of the impressive Colts pass rushers should benefit from an improved Colts passing offense with Matt Ryan. Matty Ice should surely force opponents to try and keep pace with him, so the Colts pass rush will have countless opportunities to pin their ears back against opposing QBs.

The Colts pass rush in 2022 will glow up from their 2021 pass-rushing force, but their secondary could be the unit that improves the most from last season. I loved the addition of Stephon Gilmore — who is still a very good football player. The former DPOY had a quality grade (77.1) by PFF. Gilmore can absolutely be the x-factor against AFC juggernaut teams that have top-end WRs.

The Colts will reap lots of benefits from new faces on their defense, but they will also anticipate growth from Darius Leonard. The Colts OLB is coming off his best season and third All-Pro season. He recorded 8 FFs, 4 Ints, and 122 combined tackles. He will try and defy the thought that a pure OLB in a 4-3 can’t win DPOY.

The spotlight in Indy could be on the 2016 MVP Matt Ryan and the Top-5 RB Jonathan Taylor, but the Colts defense can certainly be stingy and able to help the Colts be strong AFC contenders sooner than thought.