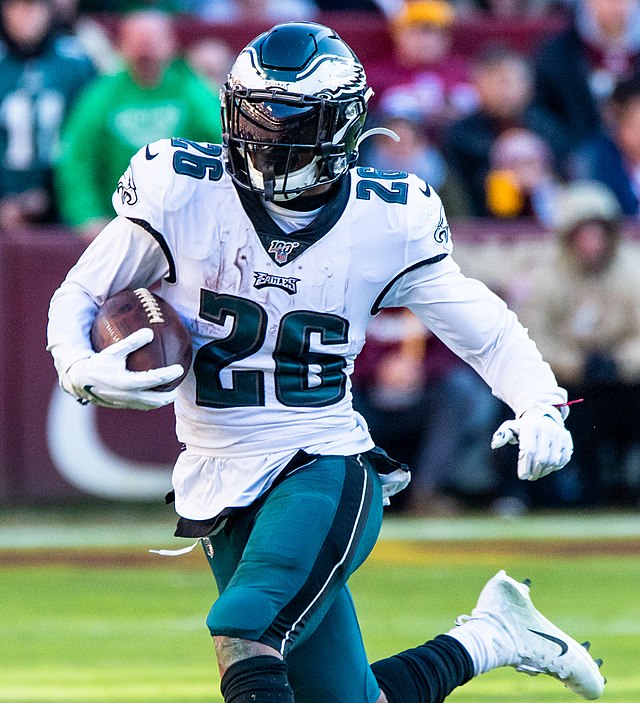 What is the Eagles running back outlook in 2022?

The Philadelphia Eagles have always stridden to have an impressive running back room. They’ve featured Brian Westbrook, LeSean McCoy, Duce Staley, and the list goes on. In 2021, they still display a quality RB room — led by none other than Miles Sanders. Sanders is coming off a stout season — where he ousted 754 yds in 12 games. PFF also gave him a modest 71.6 grade. He is entering a contract season, so it’s vital that he stays healthy and unleashes his best season behind an unearthly Philadelphia Eagles OL (which was ranked as the best OL by PFF).

After Sanders, the Eagles will anticipate magic from the 2021 fifth-round pick Kenneth Gainwell. He clocked five rushing touchdowns in his rookie season. Glenn Erby of The Eagles Wire believes that Gainwell is the Eagles under-the-radar profile that could be a star in 2022. It’s quite true that Philly could opt to not retain Sanders and roll with Gainwell in 2023.

After the top two Eagles ball carriers, the Eagles will anticipate production from the former Saints RB Boston Scott. He impressively garnered seven rushing touchdowns last season. PFF slabbed a 71.7 grade for Scott’s 2021 outing. He also provides value as a return specialist – as he unveiled 1,176 KR yards in 2021. He returned to the Eagles on a one-year deal worth $1.75 million dollars.

The Eagles RB Jason Huntley should feel confident in sticking with Philly as the fourth RB. The 2020 fifth-round draft pick capped off 51 rushing yds last season. He carries a base salary of $825,000 in the 2022 season.