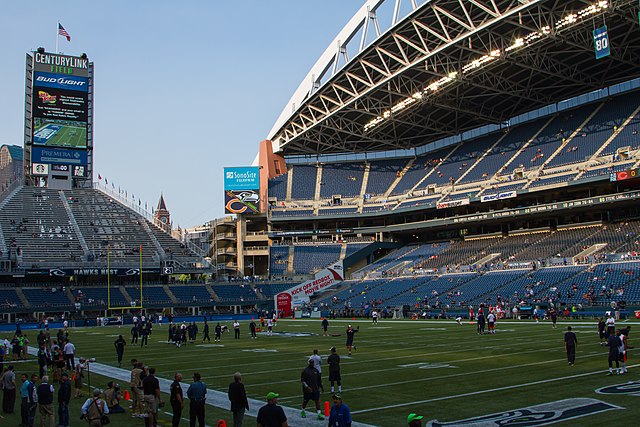 It would be an understatement to say that the Seattle Seahawks haven’t been known for possessing a potent offensive line. The Seahawks often allowed their veteran dual-threat QB, Russell Wilson, to get teed off on over the past few seasons. The outlook for the Seahawks OL in 2022 is still nerve-wracking — as PFF recently slotted the Hawks OL as the dead last OL in the league.

The Seahawks projected OL starters are LT Charles Cross, LG Damien Lewis, C Austin Blythe, RG Gabe Jackson, and RT Abraham Lucas. Cross, who was drafted by the Hawks ninth overall in the 2022 draft, might be deemed as the Seahawks only hope. Lance Zierlein of NFL.com compared his play to OT Tristan Wirfs. The Seahawks may not have a sexy OL, but they clearly took the proper steps this off-season to begin building their OL with the selection of Cross.

Lewis is also a young gun in some respect – as he was drafted in the third round of 2020. He hasn’t been a superb (57.1 PFF grade in 2021), so 2022 is clearly a make-or-break season for him. The Hawks brought in Bythe to be the new center for them moving forward (and he signed a one-year deal worth $4 million dollars). Unfortunately, he only played in four games last year. He only garnered a 60.0 grade by PFF in 2020. I do believe it will be wise for the Hawks to target a center in the second or third round of the 2023 draft.

The Seahawks current RG and former Raiders guard, Jackson, hasn’t been a stud as of late (a 61.8 grade in 2019, a 63.7 grade in 2020, and a 63.8 grade in 2021) — after having a potent 2018 season that showcased him having a 73.7 grade. Jackson is also 31 years old. The Hawks RT (Abraham Lucas) is also a rookie. He isn’t the most proven pass blocker, but his power and hands can help the Seahawks rushing attack thrive without Chris Carson. Zierlein compared him to Jah Reid.

It may be tough for (I expect) Geno Smith to stay away pass rushers on a consistent basis, but I do believe the Hawks can find often find success on the ground attack. The Seahawks OL will certainly have growing pains in 2022, but I do believe their OT tandem carries a lot of potential.