Why Adam Trautman is a fantasy sleeper in 2022 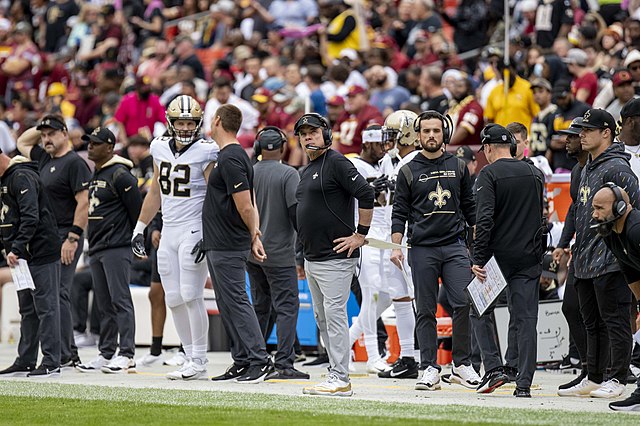 The New Orleans Saints tight end Adam Trautman had a “Coby Fleener”- like performance last season (263 yards and 2 TDs), but the tides should finally be turning for the Dayton legend. Trautman has the athletic ability to consistently wreak havoc on opponents ”“ as he was a stud at the NFL combine. His 3-cone time (6.78) was the best 3-cone by a TE and his 20-yard shuttle (4.27) tied for second-best among TEs at Indy. Trautman just needs to be in sync with the Saints offense and a bit of experience.

It shouldn’t be nerve-wracking that Trautman hasn’t exploded in his first two seasons. After all, Jimmy Graham only mustered out 356 yards in his first season and Travis Kelce didn’t make his first Pro Bowl trip until his third NFL season. Trautman should also be cut some slack for having a QB sandwich of Trevor Siemen and Taysom Hill through most of last season.

Trautman also went into TE university this off-season ”“ which was carried out by George Kittle, Travis Kelce, and Greg Olsen. The group of unearthly TEs created a class that helps TEs improve in many facets of the game.

It’s clear that Trautman has shown improvement in training camp already Nick Underhill of NOF noted that Trautman was impressive on Day 2 of minicamp. It should also be noted that he has a QB that has found success with his TEs. Kristen Wong of Who Dat Dish nicely pointed out that Winston had the fifth-best passer rating when targeting TEs in a Buccaneers uniform. The Saints may have a heathly Michael Thomas, the Big Easy hero Jarvis Landry, and the rookie Chris Olave, but Trautman can absolutely shine (with his impressive match-ups) as the x-factor moving forward.

Is Cameron Wake a future Hall of Famer?
5 takeaways from the San Francisco 49ers depth chart