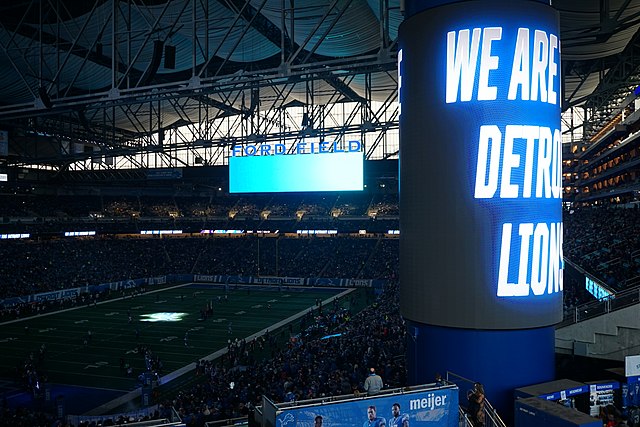 Will Campbell stay with the Lions?

The Detroit Lions have a ton of fire under the former NFL tight end Dan Campbell heading into the 2022 season. Campbell was infamous for wanting his team to bite knee caps off last off-season and he has more interesting metaphors this off-season. He didn’t quote anything from Shakesphere, but he did compare Joshua Reynolds to the Preying Mantis and “a fricking serpent”.

Campbell may have a ton of swagger, but he still needs to rally his team to show noticeably more improvement than last season. With that enunciated, should Lions fans sincerely expect Campbell to their ring leader beyond the 2022-2023 season?

I do like the Lions chances of winning several games and keeping their HC intact beyond 2022. The Lions actually had a modest 2021 performance from Jared Goff (19 passing touchdowns to 8 interceptions) and I like the outlook for D’Andre Swift – who hasn’t quite lifted off yet. Furthermore, the Lions will have new-found explosion from Jameson Williams and a healthy T.J. Hockenson (as he sadly missed five contests last season). Hockeson was on pace for a terrific 2021 season: 583 yds in 12 match-ups. Per CBS Sports, the Lions are looking to extend him in 2022, as well.

The Lions will not only garner production form the pivotal QB spot, but I forsee the Lions witnessing a DROY season from Aidan Hutchinson in 2022. Per Sports Betting Dime, Hutch is the favorite to win DROY. He’s already looked like a Greek God in training camp (in numerous ways) – according to the mighty Penei Sewell.

I also believe the Lions should take positive steps forward next season, while having a Rudy-like victory against the Vikings or Packers. The spirit of the Lions should be released against a bigger foe in 2022 (after the Lions uphended the AZ Cardinals in 2021) – which should be another key element in Campbell keeping the keys to the team in 2023.

There may be a sexy trend with GMs hiring offensive-minded coaches (preferably offensive minds that know Sean McVay), but the Lions should continue to build their puzzle in a proper, methodical manner w/ the old school, team builder in Campbell. Rest assure – the Dan Campbell-led Lions will continue to climb the ladder beyond 2022. The question is: Can the Lions be the new NFC North alpha after Rodgers exit?