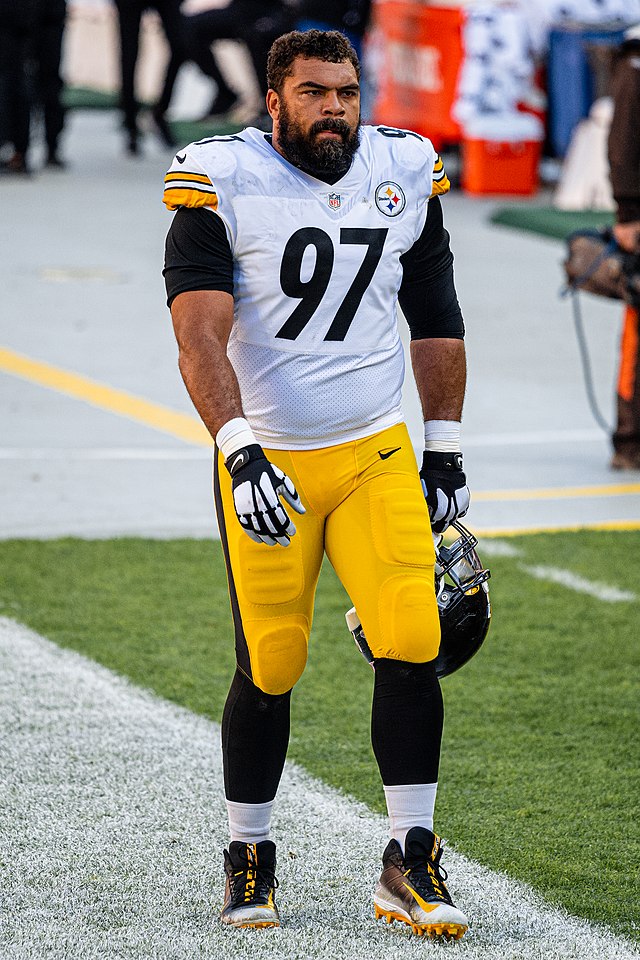 Will Cameron Heyward make it into Canton?

The Pittsburgh Steelers defensive lineman Cameron Heyward might play across from the 2021 Defensive Player of the Year T.J. Watt, but don’t lose sight of his career rampage. Heyward was First-Team All-Pro in 2017, 2019, and 2021. He was also second-team All-Pro in 2020. Furthermore, the versatile Steelers DL made the Pro Bowl in each season from 2017 to 2021.

It wasn’t a surprise that he captured First-Team All-Pro honors in 2021 – as he recorded 10 sacks, a career-high 89 combined tackles, 17 QB hits, 15 TFLs, a personal-best 9 pass deflections, and 1 interception. PFF gave the Steelers DL an unearthly 91 grade for his performance.

With that enunciated, there is a fascinating, vital question surrounding the Steelers “second-best DL”: Is Heyward a future Hall of Famer? Well, I actually don’t believe he is quite ready to be cemented as a HOF DL. Watt’s partner in crime may have unleashed fury over the prior five seasons, but he does not have the sexiest career production: 68 sacks, 153 QB hits, and 101 TFLs. He failed to make a single Pro Bowl in his first six seasons. He also doesn’t boast a Super Bowl ring, while Big Ben has two Lombardi trophies.

Nonetheless, I believe it’s certainly possible for Heyward to make it into Canton. If he wants to have a gold jacket, he should strive to have a few more Pro Bowl-caliber seasons or two more All-Pro seasons in my opinion. I do feel confident that the 33-year-old will have a few more PB seasons. He has a similar motor and work ethic as fellow aging, dominant DL Cameron Jordan. Heyward doesn’t belong in football heaven yet, but there is a light at the end of the tunnel for him to give a HOF speech.