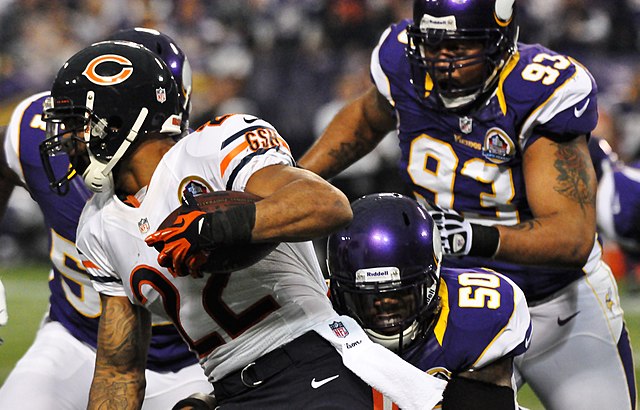 Will Kevin Williams end up in Canton?

The former fearless and imposing Kevin Williams was taken by the Vikings in the first round (ninth overall) of the 2003 NFL Draft. It didn’t take long for Williams to make his mark in the league – as he unleashed 10.5 sacks, 15 TFLs, and even one interception in his rookie campaign. The NFL world felt a bigger impact from the Vikings DL in his sophomore season – where he garnered 11.5 sacks, 13 TFLs, two forced fumbles, eight pass deflections, and of course: first-team All-Pro honors.

Williams didn’t peak in his young career, to say the least. The Vikings DT garnered first-team All-Pro four more times in his football journey. At the end of his football career, he accumulated 63 sacks, 528 combined tackles, 90 QB hits, 73 pass deflections, five interceptions, and 10 forced fumbles. The mythical Viks DT retired in the 2016 off-season. With that said, there is an intriguing, pivotal question surrounding the Vikings defender: Is Williams a future Hall of Famer?

I absolutely foresee Williams, who didn’t make the HOF in 2022, cracking a spot in Canton soon. He really holds a similar career output as current HOF DT Cortez Kennedy. The former Seattle Seahawks DL registered 58 sacks and 11 FFs in his tenure. Kennedy also garnered three first-team All-Pro seasons and one second-team All-Pro campaign. He retired after the 2000 season and was inducted into the HOF in the 2012 off-season. Cortez Kennedy also tragically left this world at the ripe age of 48 (and he suffered from heart failure).

Williams was dominant against the run and against the pass (in numerous ways) in his football career. Ndamukong Suh plays a similar brand of football as Williams and he should also find himself in Canton in the future. I expect Williams to be cast into football heaven in the very near future.