Is Julio Jones a future Hall of Famer? 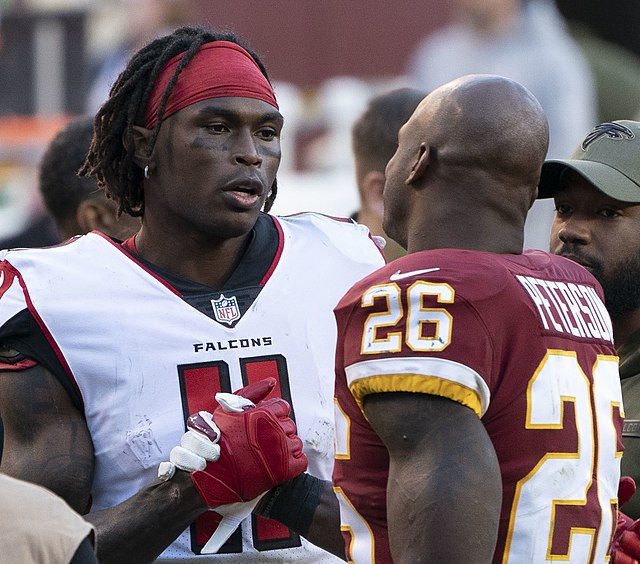 Will Julio Jones be cast into Canton?

Julio Jones has been one of the NFL’s best wide receivers for a decade, as he looks to rebound from a disappointing 2021 campaign this season in Tampa Bay. His ten seasons in Atlanta included a couple of the best individual seasons by a wide receiver in NFL history. This includes the 2015 season in which he finished the regular season with 1,871 receiving yards, breaking down to a remarkable 116.9 receiving yards per game.

To answer a question like whether Jones belongs in the Pro Football Hall of Fame, it’s helpful to look at who in the Hall of Fame has similar credentials. 50 years before Jones’s 2015 season, Hall-of-Fame wide receiver Lance Alworth hauled in 1,602 receiving yards in the 1965 regular season, breaking down to 114.4 receiving yards per game. Of course, there are a few contextual points worth mentioning here.

Expanding further, here’s what we know about how Jones and Alworth compare over their best-known career stints.

Other points worth remembering are that Alworth had an additional two rushing touchdowns in his San Diego career, bringing his overall touchdown count to 83. He also had six fewer fumbles in this period than Jones had in Atlanta. They match one another in the following sense: Alworth was a seven-time AFL All-Star selection; Jones, to this point, is a seven-time Pro Bowl selection.

In terms of the postseason, while Alworth has both an AFL Championship (’63 with San Diego) and a Super Bowl win (’71 with Dallas) on his resumÃ©, Jones has outperformed him on an individual level. In just two more postseason games, he has twice as many receiving touchdowns and 604 more receiving yards. His longest reception is also 73 yards, eclipsing Alworth’s best of 48 yards.

The eras of professional football that these two great wide receivers represent have obvious differences. But not so much as to avoid all useful analysis. Considering all of this, it seems highly likely that Julio Jones is enshrined in the Hall of Fame one day.