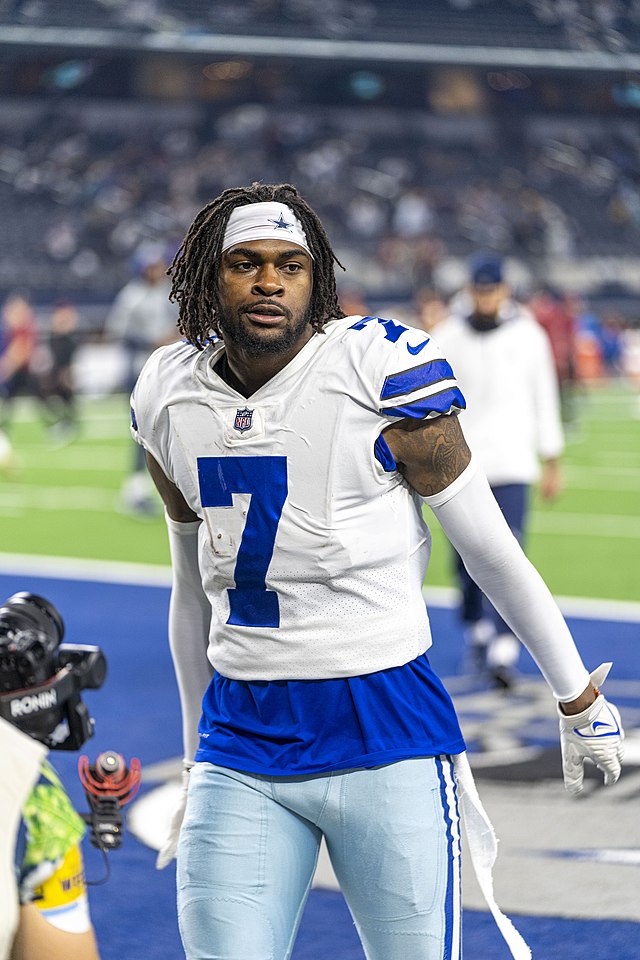 The Dallas Cowboys have a greek god-like cornerback in Trevon Diggs – who went from recording three interceptions as a rookie to obtaining 11 interceptions as a sophomore CB (which led him to garner first-team All-Pro honors). Despite PFF not being a big fan of Diggs (as they gave him a 59.6 grade) in 2021, It was clear that he was sincerely a DPOY candidate at the unique CB spot. It’s clear that Jerry Jones will seek to extend his mythical CB in the 2023 off-season.

The Boys will also anticipate magic from Anthony Brown, Jourdan Lewis, and Kelvin Joseph. Brown was a play-maker in 2021 – as he hauled three interceptions (including a pick-six) and had an FF. PFF nicely gave him a 67.7 grade for his 2021 performance. He is set to be a FA in 2023, so he will clearly strive to have a career season in 2022.

In less than surprising fashion, Lewis also got his hands on the ball last season – whereas he ousted three interceptions. The former Boys third-round pick in 2017 also has 7.5 sacks in the prior three seasons combined. His efforts last season were a big reason why Doug Farrar of Touchdown Wire pegged him as the third best at his spot. He’s unequivocally one of the biggest x-factors on the Boys defense. The Boys made their draft selection of Kelvin Joseph in the second round of the 2021 draft. Joseph was dubbed as a breakout candidate by Cowboys Wire this off-season. He was also cleared by Dallas police in a fatal shooting. The Boys will certainly need him to shine in 2022, especially with the somewhat uncertain contract situation with Brown.