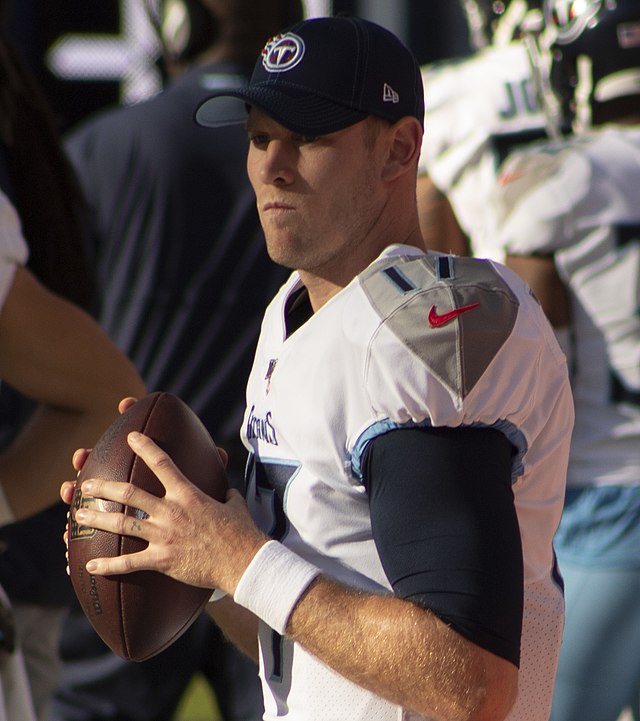 Who is the best AFC South quarterback?

The AFC South has been won by the Tennessee Titans, but the addition of Matt Ryan by the Indianapolis Colts and the loss of A.J. Brown for the Titans means the division is as usual, very wide open.

Since 2013, all four teams in the AFC South have won the division. However, who has the best quarterback?

The only MVP winner in this list, Ryan joined the Colts this offseason after over ten years with the Atlanta Falcons.

In 2021, he still managed to throw for 3,968 yards, 20 touchdowns and 12 interceptions.  Unless injury strikes, Ryan will reach the 60,000 career passing yards mark, currently being 265 away. Only seven players have previously reached the 60,000 mark and Ryan , who is currently eighth on the list for most career passing yards, can eclipse Phillip Rivers into sixth place on the list should he throw at least 3,705 yards or more.

A really good season, where he throws at least 33 touchdowns will also allow Ryan to reach 400 career passing touchdowns. He would become just the eighth player in NFL history to reach the 60,000

Whilst he showed signs of ageing last season, he still makes it as the best quarterback in this list, in what is a bad bunch.

Tannehill was an eighth overall pick in 2013, when he was selected by the Miami Dolphins. However, injuries and inconsistent play (as well as bad coaching) saw him eventually traded to the Titans in 2018.

He came in for Marcus Mariota mid-season and ended up winning Comeback Player of the Year. Over the course of his career, he has thrown for over 30,000 passing yards, 199 touchdowns and 102 interceptions. Despite this, he has shown signs of decline in the past twelve months.

His position as the Titans’ starter is also in question, with the team choosing to draft Liberty QB Malik Willis in the third round of the 2022 NFL Draft. He showed his potential in Thursday night’s preseason game against the Baltimore Ravens, completing 6 of his 11 passes for 107 yards  as well as a 7-yard touchdown run.

Tannehill has proved to be a good quarterback for Tennessee, excelling in particular when using RPO plays. However, he has yet to prove he can be the guy to take the Titans to the next level.

This was proved in their Divisional Round when the number one seed Titans lost to the Cincinnati Bengals, despite Joe Burrow being sacked nine times. Tannehill threw three costly interceptions, and his future has been questioned ever since.

Despite having running back Derrick Henry and a brilliant head coach in Mike Vrabel, the loss of A.J. Brown could end up being the final nail in the Ryan Tannehill Titans coffin.

Houston could be a realistic destination for Tannehill should the team decide they don’t want to pursue long term with their current starter Davis Mills.

Mills was drafted 67th overall out of Stanford and actually had a solid first NFL season in 2021. He was arguably the second-best rookie quarterback in a class that albeit did not exactly light up the league. In 13 games, he threw for 2,665 yards, 16 touchdowns, and 10 interceptions.

These are neither outstanding nor terrible stats. He did a solid job in a season of turmoil, with everything that went on off the field.

Solid is exactly why Mills is third on this list. He wasn’t terrible but also hasn’t quite done enough to break into the top two.

The 2021 first overall pick had a torrid rookie year but is now free from a dysfunctional Urban Meyer. He threw for 3,641 yards, 12 touchdowns, and 17 interceptions.

However, he can no longer use the Meyer excuse with new head coach Doug Pederson. Should Lawrence have another bad year, there will be more and more usage of the word “bust”.

Right now, it is hard to put him anywhere but the bottom of this list. Despite this, should he fulfill the potential that we all saw in Clemson, then he will certainly be a lot higher than fourth.