Three tight ends to trade for in dynasty 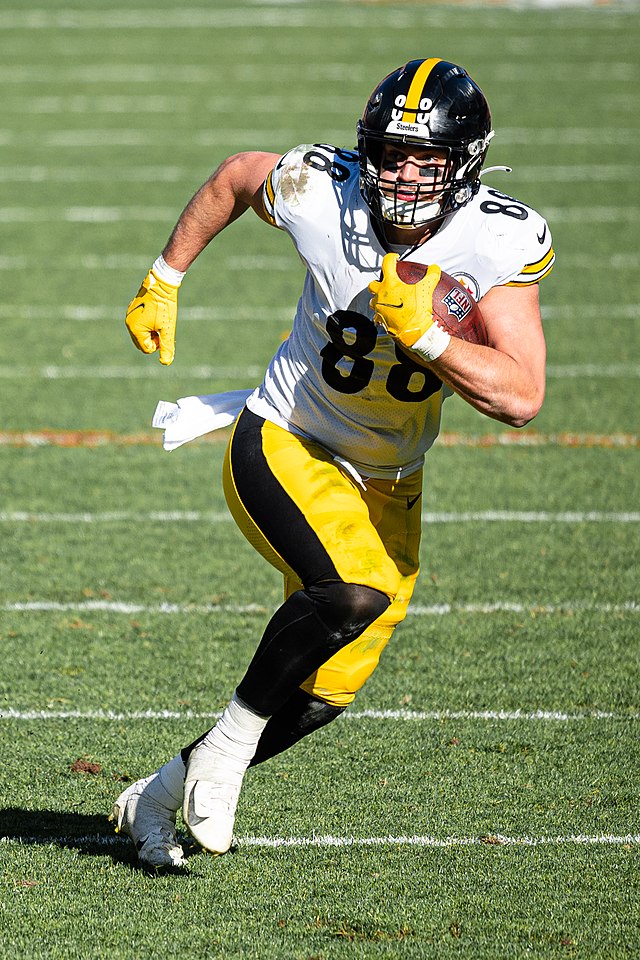 As a rookie for the Steelers last year, Freiermuth hauled in 60 receptions for 497 yards and seven touchdowns. He was clearly one of Pittsburgh’s primary endzone weapons and that always bodes well for fantasy football, even if that production can’t be replicated year to year. While Pittsburgh enters a new era at quarterback, having Freiermuth at tight end as an established “safety valve” will no doubt be good for whoever is under center. Freiermuth was TE13 overall with about nine points per game last season, but will no doubt improve in year two as tight end is notorious for being hard for rookies to adjust to. It won’t be long before Freiermuth is close to 800 yards and double-digit touchdowns every season.

He likely has had a huge preseason for the Baltimore Ravens. Throughout the summer the fourth-round pick out of Coastal Carolina has quickly emerged as a top target for Lamar Jackson. He also put up over 100 receiving yards in Baltimore’s second preseason game. Of course, Mark Andrews is firmly entrenched as TE1 in Baltimore but don’t let that deter you from any shares of Likely. Baltimore’s depth at the receiver position is extremely thin, so it’s very “Likely” that the Ravens run two tight end sets, especially with how the rookie has looked throughout the summer. Baltimore is sometimes okay with being a bit unconventional, and they will do whatever they need to get the best 11 players on the field. It likely could surprise this season.

Denver’s current “starter” at tight end, Albert Okwuegbunam has shown flashes but has been unable to consistently put it together on the field or stay healthy. This led to the Broncos selecting Dulcich out of UCLA in the third round of the 2022 NFL Draft. Dulcich is an athletic tight end who can succeed at all three levels in the passing game and create yards after the catch as well. He does need some refinement to his game, which makes Denver a great landing spot for him as he will not be expected to start as a rookie. If things go according to plan, Dulcich will be one of the better young tight ends by 2023.

When could Sam Howell start?
Is Clay Matthews A Future Hall of Famer?