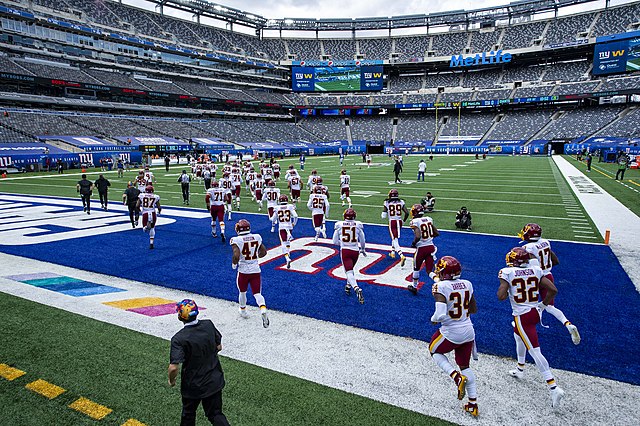 Sam Howell was drafted in the fifth round by the Washington Commanders in the 2022 NFL Draft out of the University of North Carolina. As it stands, Carson Wentz is set to be the Week One starter for the Commanders against the Jacksonville Jaguars. But Wentz has always been iffy at best as a starting quarterback, and the Commanders aren’t expected to make a lot of noise in the NFC playoff picture this season.

Barring a dramatic overperformance on the part of Wentz, it’s difficult to say that his job is secure long term. Should the Commanders struggle, do they turn to Taylor Heinicke, who started for the team in 15 games in 2021, or is it possible that they decide to turn to the rookie Howell? The team went 7-8 in those 15 games with Heinicke at the helm in ’21. If the team decides to get creative and push the boundaries a bit, Howell might be the better choice.

It’s been quite a while since the NFL team from Washington D.C. has excited anyone, let alone their fanbase. After years of turmoil from the controversy surrounding their now retired name to allegations of abuse and harassment, this is a team that desperately needs to find something else to shape its identity around. A rookie quarterback with a lot of spunk could be exactly what this team is looking for.

Howell has been one of the bright spots in training camp for the Commanders by all accounts and has been able to showcase his arm strength and accuracy on several occasions. Though this seems to me to be much more about the team’s identity going forward than it is about mere training camp notes. Wentz seems to be a band aid for the team at best. He surely isn’t any kind of solid answer for them long term.

The success of the team is ultimately going to determine who their quarterback is going to be. If the Commanders look like a sub-.500 team by mid-season, what would be the harm in putting Howell in the starting lineup for a game or two to see what happens? If they manage to be more successful than that and buck preseason projections, then maybe sticking with Wentz or Heinicke continues to be the best thing for them in ’22.

It certainly isn’t Howell’s statistics that make him an outlier among recent rookie quarterbacks.

Honestly, what do the Commanders have to lose?