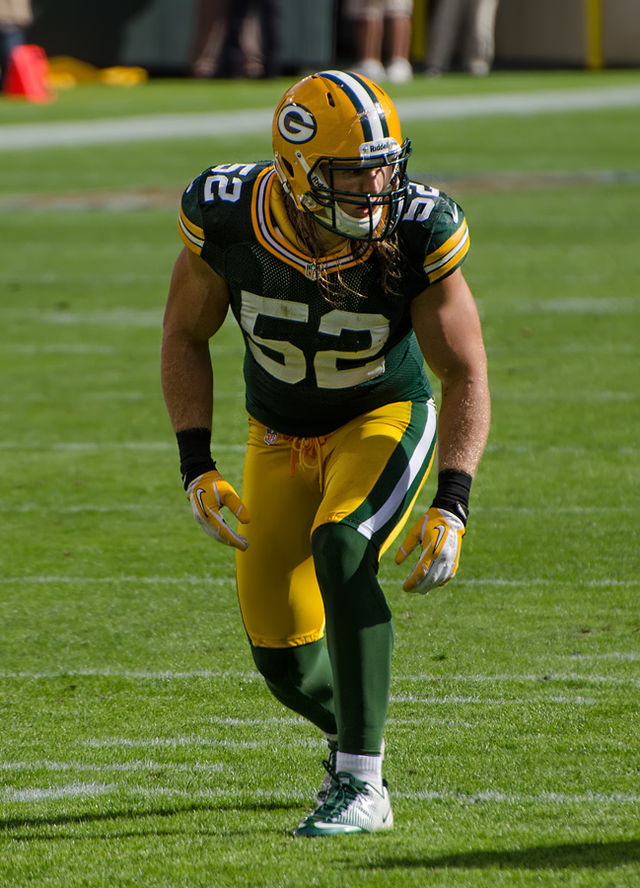 Will Matthews be cast into Canton?

Clay Matthews, a player synonymous with the green and gold of Green Bay.

He spent nine of his 10 years in the league with the franchise and is a surety for the Packers’ Hall of Fame. But is he set for the Pro Football Hall of Fame?

Let’s take a look at whether Clay Matthews is a future Hall of Famer.

In his NFL career, Matthews has recorded 519 tackles, 91.5 sacks 200 quarterback hits, 130 tackles for loss, as well as six career interceptions and 17 forced fumbles. He is also a six-time Pro Bowler, 1 time All Pro and a one-time Super Bowl champion.

The former Packers linebacker has not yet officially retired, which means that he would need to wait a little bit longer before the five-year mandatory waiting period begins.

Reasons For And Against His Inclusion

Matthews has six Pro Bowl appearances and in 2010, as can be seen in the above table, only three players recorded more than the 13.5 sacks he posted that season. This is a campaign that ultimately led to his one and only ring.

In Matthews’ career, only twice did he finish inside the top ten for tackles for loss (2010 and 2014). However, that is as good as it got with only two more seasons with double-digit sacks. Despite the 11 in 2014, there were still eleven players who recorded more than him.

Despite being a linebacker, a position that is meant to excel in tackles, he never once finished in the top 100. In fact, four of the ten leaders for career combined tackles are either inside or outside linebackers.

Even in the 2015 campaign, where he recorded his best ever ranking for combined tackles, only three of the top 20 totals that seasons did not come from linebackers.

Matthews cannot even blame a lack of gametime for poor stats, with only one season where he started less than 10 games.

On the other hand, Matthews did lead the Packers in quarterback pressures and came third in the NFL Defensive Rookie of the Year voting as well as setting the Packers record for most sacks by a rookie in a season (10). He became the first Packers to record six sacks in their opening two games in 2010 as well as only being beaten by Troy Polamalu in the AP NFL Defensive Player of the Year awards.

In the end, Matthews had a good career but certainly should not be a first-ballot Hall of Famer.

It is a different story for the Packers’ Hall of Fame. Matthews was part of the last team to win a Super Bowl, an integral cog also. He should be a no-brainer to receive such a honour.

Despite the lack of standouts from the above table, he has had an impact on the NFL in the aforementioned 2009 and 2010 seasons. It is some achievement to only have three players receive votes ahead of you across the 2009 and 2010 season for Defensive Player of the Year. However, it is questionable whether this is enough for Matthews to be enshrined in the Pro Football Hall of Fame.