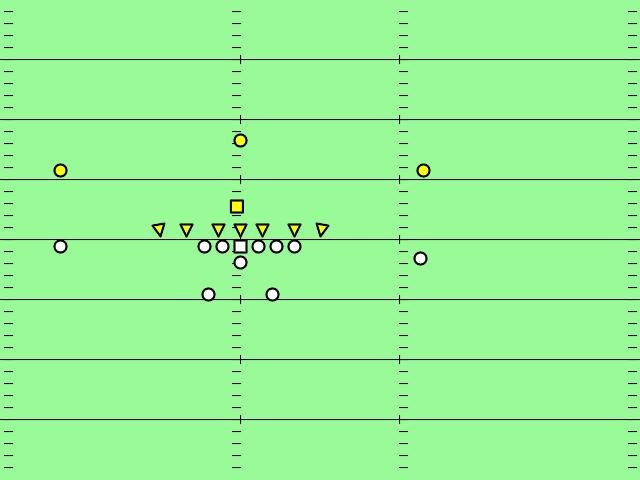 Who is the best defensive coordinator?

One of the most highly debated topics in all of NFL fandom is what players and positions are undervalued on the field.  In my opinion, I believe the coaching staff of NFL teams is somewhat completely overlooked at times, especially the coordinators of teams.  Today we take a look at the underappreciated, by looking at the top 10 defensive coordinators of all time.

Ok, this may seem like a contradiction to my prior statement, as Tom Landry is heavily revered for his career as a head coach for the Dallas Cowboys, as many forget his tenure that got him a head coaching spot.  Alongside offensive coordinator Vince Lombardi, Landry brought the New York Giants to the NFC Championship game 3 times in 4 seasons, defeating the Chicago Bears in one such game by holding their offense to 7 points, and allowing the offense to run free for the Giants.  Landry is not given enough credit for his 5 seasons in New York, hence why we put him at #10 on this list.

Simply put, one of the most successful coaches of all time.  However, as I mentioned, this is strictly about their impact on defensive coordinating and coaching.  4 Super Bowls are hard to overlook, but his career is so much more than that.  His defensive knowledge pushed him to the 1970s and 1980s all-decade team appearances, obviously the Pro Football Hall of Fame for his accomplishments, and draft knowledge.  Much of his knowledge came from one of the best to ever do it, Sid Gillman, who was an absolutely amazing coach who was capable of developing players at a high rate and coaches at an even higher rate.  Noll stated that he received more NFL exposure in 6 years through Gillman than he would have 12 years anywhere else.  This tree continued through Noll, as he was a high-quality developmental coach and was regarded by defensive tackle Ernie Ladd as the best teacher he ever played under.

Next up we have one of the bigger names in professional coaching, Fritz Shurmur, who spent a total of 23 years at the NFL level being a defensive coach.  His primary notability as a coach comes from leading the Green Bay Packers defense to a Super Bowl in 1997, aka XXXI.  Shurmur spent 3 seasons with the Detroit Lions in various defensive coaching positions, another 2 seasons with the New England Patriots, 8 seasons with the L.A. Rams, 2 with the Phoenix Cardinals, and then his final 4 with the Packers.  He contributed a ton to the game of football, being seen as an innovator of the game and seen by many peers as a defensive genius.  Widely known for the innovation of the “Big Nickel” defense, where after he had 2 linebackers injured in a game, he had 5 defensive backs drop low enough where they could either rush the passer or drop into coverage.

While Tony Dungy did not necessarily impress heavily as a player, he was a phenomenal defensive mastermind in the game of football.  Spending most of his defensive coaching time with the Pittsburgh Steelers and Minnesota Vikings (with 2 spared years in Kansas City), Dungy is widely revered for his immense success as a head coach, and not his defensive prowess.  But it should be the other way.  Winner of the George Halas Award (NFL personnel who had to overcome the most adversity for success), 2-time Super Bowl Champion (once as a player, once as a coach), 2000s all decade team member, as well as member of two different Rings of Honor (Indianapolis Colts & Tampa Bay Buccaneers).  While most of his notability comes from his head coaching success, he was amazing at developing defensive backs and utilizing them correctly in his scheme.

One of the most overlooked personnel in the NFL, John Phillip Bengtson.  Spending a total 17 years as a defensive coordinator, Bengtson was such a phenomenal coordinator that he was chosen to be the successor for legendary head coach Vince Lombardi.  He was also the only coach on the staff to remain all 9 years of Lombardi’s tenure in Green Bay.  Underappreciated because he was not a great head coach, but his defensive coordinating capabilities were highly revered.

The number of years I had to list for this man should simply be enough to explain how much of a legend to the sport he is, but that doesn’t even scratch the surface.  Starting off as a graduates assistant at the University of Houston, he has coached all the way through 2022 in college, highschool, NFL, and next has been named the head coach and GM of the Houston Roughnecks in the XFL.  54 years of coaching in total counting next season, and 25 of which as a defensive coach in the NFL specifically.  He is one of the most prominent figures in football and has coached for some of the best defensive players of all time, including 5 defensive players of the year (Aaron Donald, Reggie White, Bruce Smith, Bryce Paup, and J.J. Watt.)  A Super Bowl winner, specifically the defensive coordinator of the Super Bowl 50 Denver Broncos crushing defense.  Everything you want in a DC.

Arnsparger is primarily known for one thing, that being the defensive coordinator of the Miami Dolphins team that won back-to-back Super Bowls in ’72 and ’73, and then going back to another one in 1982.  The “left hand man” of sorts to sporting legend Don Shula, Bill was a huge part of those Super Bowl runs and would make it to another in 1994 with the San Diego Chargers.  There is a reason he is so high on the list, and it is because he proved his abilities without good players on his roster.  In the 70s his defense was called the no name defense, as the defense had precisely one future Hall of Famer on it, Nick Buoniconti, who was beyond the prime of his career.  Yet the Dolphins went to back-to-back Super Bowls, due to the offense and Bill’s coordinating.

2-time Super Bowl winning DC, a third appearance, the developer of one of the, if not the best defensive unit in NFL history with the Steel Curtain, and an irreplaceable figure in the NFL landscape, Bud Carson.  In case you don’t remember how amazing the Steel Curtain was, they allowed fewer than 10 points per game in 1976, and essentially was the winning factor in both their 1974 and 1975 Super Bowl victories.  Bud Carson was the developer of this defensive unit, which alone puts him near the top of this list.

The list goes on and on and on for Buddy Ryan, with accolades and contributions to the sport.  Bullet points seem like the most applicable way to cover just some of his illustrious career:

Another interesting tidbit to show how much the players loved him, is the Bears heavily pushed for him to be their head coach after departure of Neill Armstrong (the head coach).  While he did not get the position, when the Bears won the Super Bowl, they carried off both head coach Mike Ditka and Buddy Ryan, the first time two coaches got carried off the field at the Super Bowl.  Buddy’s contributions to the game are immense, and he has gone down as one of the best defensive coaches ever.

Easily one of the most prominent defensive coordinators of all time, as his name is known across the sport by nearly anyone who has watched the sport long term.  Creator of one of the most utilized defensive schemes, Tampa 2, Kiffin was a creator, and that is why he ends up on this list.  32 years as a defensive coach, simply put, is amazing, and the reason he has so little experience as a head coach is even more interesting.  He has openly refused jobs as a head coach every single time, he has only been a head coach once in his career with North Carolina State University for 2 seasons, and never again since then, which adds to his legacy in this case as we are focusing on the defensive coordinator and coaching aspects.  A long-time defensive mind of the NFL, 1x Super Bowl champion (XXXVII) and Tampa Bay ring of honor member.

Simply put, there is a reason he is at the top of this list, and it is because of how much he was able to contribute to the sport of football.