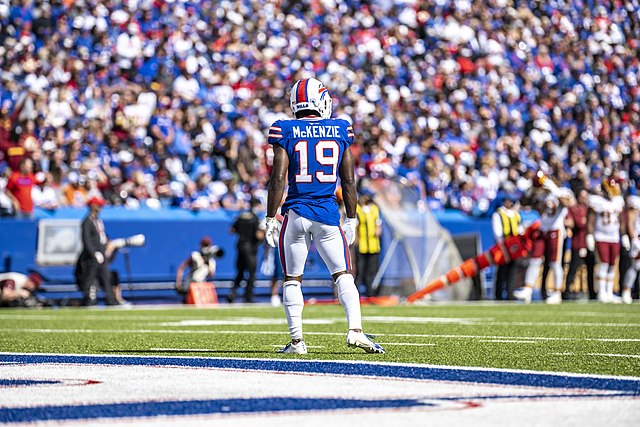 Who is the best x-factor for the Bills?

The Buffalo Bills possess an infinite amount of explosion on offense. The Bills Mafia has the mega-arm and bull-dozing QB Josh Allen, the 2020 and 2021 Pro Bowler Stefon Diggs, and the electric Daven Singletary. The Bills ranked 10th in passing yards and seventh in passing touchdowns a season ago.

The Bills still showcase a fire-breathing defense with the future Hall of Famer Von Miller, potent Tremaine Edmunds, and Tre’Davious White (who is on the PUP list). As widely enunciated, the Bills defense allowed the fewest yards and fewest touchdowns last season.

Well, I’m going to untwine five x-factors on the Bills — ahead of their first battle on Thursday.

James Cook, also known as the brother of Dalvin Cook, has a Darren Sproles-like ability. He unveiled 728 rushing yards and 284 receiving yards in his last CFB season. In pre-season, he certainly hasn’t looked like a dud. He’s shown an excellent burst and vision for his age.

The Bills unsung wideout Jamison Crowder is certainly a great WR4 in Buffalo. Crowder ousted 833 receiving yards and 6 TDs in 2019. He then unleashed 699 yds and 6 TDs in 2020. The long-time Washington WR isn’t washed up just yet & I foresee him being an x-factor for the Bills on his one-year contract.

It is time – Kevin Greene Jr.

The Bills 2021 first-round pick, Gregory Rousseau, has been a disciple under Bruce Smith & Von Miller this off-season. Rousseau notched four sacks, 10 QB hits, 8 tackles for loss, and 42 combined tackles a season ago. PFF also handed him a modest 70.2-grade. I expect him to undoubtedly shine with his opportunities across from Miller and Ed Oliver.

Defense wins championships and offense is more fun to watch. Still, let’s not forget to give special teams some love. Isaiah McKenzie had a punt return TD in 2020 and then was a consistent asset to the Bills kick return in 2021 – as he obtained 584 KR yards. McKenzie, who is set to return to practice after a minor injury, should have his best KR season in 2022.

The Bills first-round pick in 2022, Kaiir Elam, was a nightmare for opposing QBs in his junior season. Elam only notched an interception, but he did have 11 passes defended. He was quite superb at shutting down opposing wideouts.