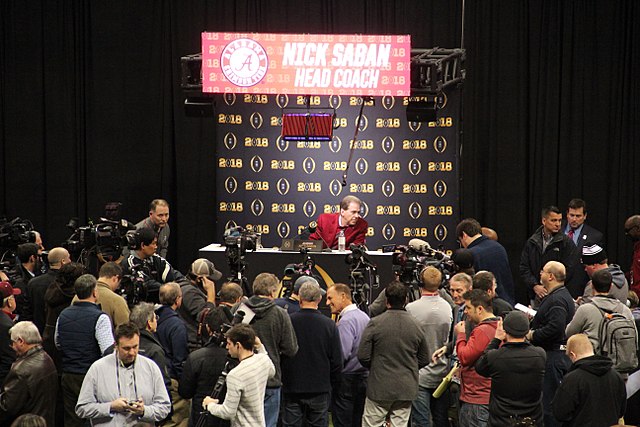 The Alabama Crimson Tide, also known as the alpha team in college football, mopped the floor against the Utah State Aggies in Week 1 by a score of 55-0. It was clear that Utah State needed Herb Brooks to have a chance against the Nick Saban-led CFB team. With that said, I’m going to unwine 7 takeaways from Alabama’s Week 1 victory.

The Bama field general Bryce Young clearly had his wheaties on Saturday morning. He unleashed a whopping 5 passing touchdowns against Utah State. It was clearly a great start for his Heisman chances in 2022. There were only three occasions last season where he threw five touchdowns.

The Bama QB flexed his ability to dazzle with his legs on Saturday – as he unveiled five rushing attempts for 100 rushing yards 1 rushing TD. Young has clocked a 4.4 time before – which compares well to RG3’s 40 time (4.41).

The stud wideout for Young was none other than Traeshon Holden, who ousted 70 yds and 2 TDs on Saturday. The 6’3 220 lb wideout registered 239 yds and 21 catches a season ago. With Jameson Williams in the NFL (with the Detroit Lions), Holden is expected to be a star WR for Saban.

Holden didn’t hog all of the fun at WR on Saturday – as Jermaine Burton hauled in a pair of touchdowns. Burton should plan to play in the NFL after his third season. He registered 497 yds in 2021 and 404 yards in 2020.

The next 1,000+ yard RB in the Alabama offense should undoubtedly be Jahmyr Gibbs. He can flat out run. The junior half-back capped off 93 rushing yards on 9 attempts on Saturday. I don’t expect him to maintain a 10.3 YPC, but he should have a monster 2022 campaign.

The Bama passing offense was blazing hot (without needing an ambulance), but they didn’t generate a ton of success in pressuring opposing QBs. The Bama defense ousted zero sacks. Although, they did nicely have four QB hurries. Furthermore, they had five tackels for loss.

The Bama QB2 Jalen Milroe saw playing time on Saturday and threw 1 touchdown, 1 interception, 76 passing yards, and an 80% completion percentage. It’s pivotal that the red-shirt freshman gains experience, especially when Young is likely headed to the NFL draft in 2023.