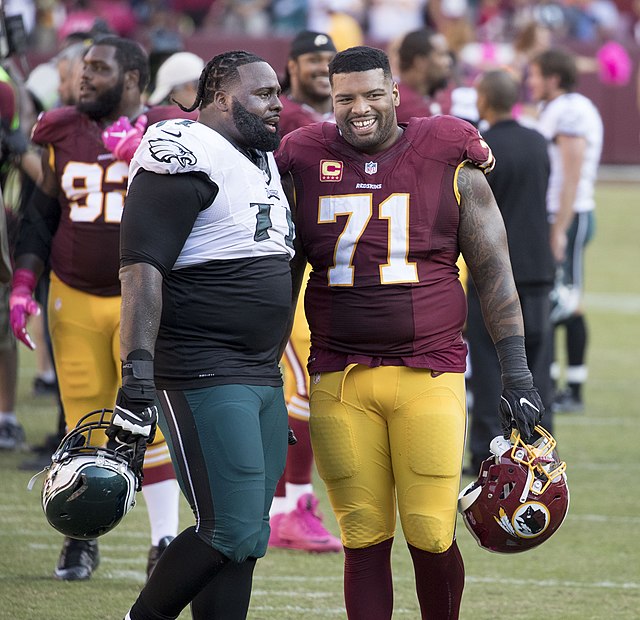 What would Peters bring to the Cowboys?

The Dallas Cowboys are working on a deal for Jason Peters via Ian Rapoport of NFL media. Peters isn’t exactly a stranger in the NFC East – as he played 11 seasons for the Philadelphia Eagles. He also made seven Pro Bowls and obtained two, first-team All-Pro nods for Philly. The 40-year-old played 853 snaps for the Chicago Bears a season ago & also garnered a 77.5 grade by PFF.

Peters isn’t a sinless football player, nonetheless. He missed eight games in 2020, three contests in 2019, and nine games in 2017. Tyrell in Blade Runner told Roy Batty, “The light that burns twice as bright, burns half as long”. I believe this quote has been fitting for Peters as of late.

The behemoth Peters might be catching up to Tom Brady in age, but he wouldn’t be the first utterly old tackle to suit up for a playoff-destined team. The Los Angeles Rams called on Andrew Whitworth, who turned 40 years old last December, to protect Matthew Stafford. The member of the Super Bowl LVI winning team didn’t back down – as he garnered an 86.1 grade by PFF.

As widely enunciated, the Cowboys veteran LT Tyron Smith has suffered a torn hamstring, which means he could miss a couple of months. The past few seasons have been a sad and frustrating journey for Smith. He missed six games last season, 14 contests in 2020, and he didn’t play more than 13 games between 2016 and 2019.

I expect the Boys to soon ink Smith, who should be an important part of their puzzle on offense. The question is: can HE stay healthy for the long season ahead?