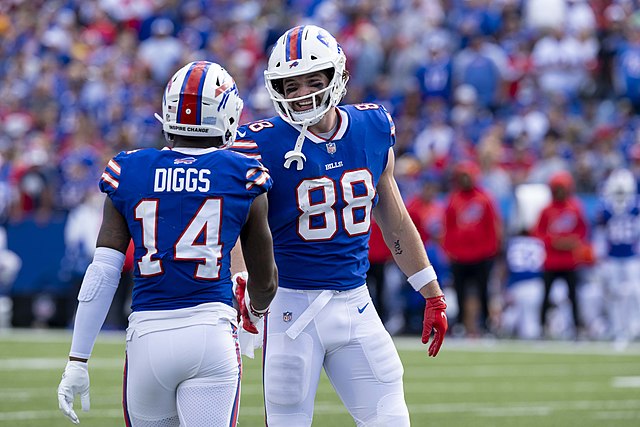 Why the Bills could win in Week 1

The Buffalo Bills leveled up this off-season via signing Von Miller and drafting James Cook – after being edged by the Patrick Mahomes and Tyreek Hill show in the recent AFC Divisional round clash. The Bills Mafia is ready to strive to be the next team to represent the AFC in the Super Bowl. Well, the Josh Allen-led Bills have their first test against the reigning Super Bowl Champions (Los Angeles Rams) in TWO DAYS!

So, I’m going to bring optimism and joy to the Bills fan base by untwining 5 reasons why the Bills could win in Week 1.

The Los Angeles Rams quietly lost a big piece of their team this off-season in Andrew Whitworth. The Thanos-like character wasn’t exactly a slouch last season – as he earned a whopping 86.1 grade by PFF. I anticipate that Miller will prey on feasting against the young LT Joe Noteboom – who garnered a 60.3 grade by PFF in 2020.

I won’t lie – the LA Rams are pretty darn good at stopping the run and the pass. Although, it will be hard for the Rams to account for Allen’s ability to mow down opponents with his legs. The Bills QB1 registered 763 rushing yards a season ago. Perhaps he can use his power in the red-zone.

The Bills obviously need Miller to play lights out against his former team. Nonetheless, they need their former first-round pick Ed Oliver to take the next step in 2022. He may not be Aaron Donald, but he can thrive from his match-ups alongside Miller & Gregory Rousseau. He is undoubtedly the x-factor on the Bills defense for their monster Week 1 showdown.

After Gabriel Davis was a flat-out grim reaper (with four TD catches) against the KC Chiefs in the AFC Divisional round, he should really aim to be a consistent threat in 2022. The Bills moved on from Cole Beasley & Emmanual Sanders to make room for more Davis magic. Stefon Diggs might have a tough time mopping the floor against Jalen Ramsey, but I still forsee Davis being a nightmare against his opponent.

The Bills really need a couple of weapons not named Stefon Diggs to show out on Thursday. It would be easy to peg the polarizing rookie James Cook as a name to watch, but I believe the Bills will have a nice gameplan for Dawson Knox. He can help Allen stay efficient and be a nice check-down against the extremely dangerous Rams defense.