What went wrong with Oregon? 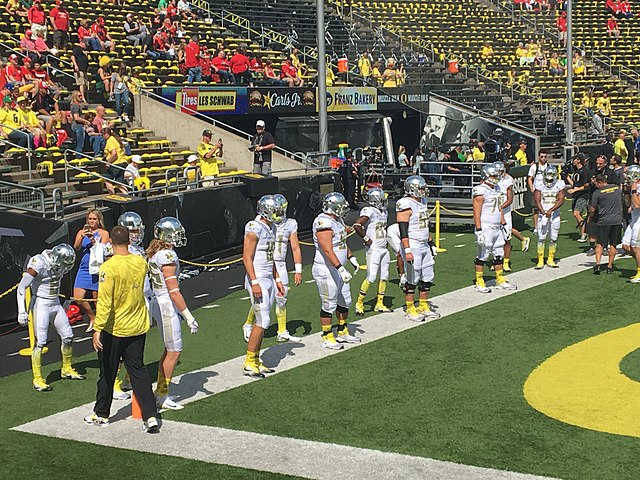 Why did Oregon crumble?

There were a number of good games over the weekend in college football, starting the season off in spectacular fashion. Oregon ”“ Georgia was definitely not one of those games. In a final score of 49-3, Georgia absolutely pummeled the Ducks, who were entirely outmatched, seemingly unprepared, sloppy, and straight up hapless in their efforts. Even more than that, they made the Pac-12 look foolish in a high-profile matchup against the mighty SEC, a showdown which the SEC also got the best of in the Utah ”“ Florida game.

So, what actually happened. Well, a lot of things. First off, quarterback Bo Nix threw zero touchdowns and two interceptions. The most rushing yards for the team in the game belonged to Sean Dollars, who accomplished this by going for just 33 yards on four carries. Not a single Oregon player had double digit rushing attempts. Similarly, no wide receiver for the team had more than four receptions. The offense on the whole looked woefully confused.

The Pac-12 isn’t entirely out of the national championship picture, thanks to a commanding performance by USC against Rice, but Oregon had their hopes irreparably damaged in such a blowout loss. Few, if any, analysts and experts had predicted the Ducks to beat the Bulldogs, but none of them could honestly say they expected such a massive mismatch from the game. The Georgia defense doesn’t look to have lost a step at all from last season’s outfit, which was one of the best defenses in the history of college football.

It makes no sense to me that Oregon would refuse to make substitutions in a game so awfully lopsided. Surely, they wouldn’t have faired any worse by allowing backup quarterback Ty Thompson to come into the game. Nix clearly didn’t have it in him, and while it’s unclear whether this was a Week One aberration that will go away in the coming weeks, Thompson would’ve offered Oregon with the fresh blood in a game that was out of reach pretty early. The coaching staff owed it to the team to do their best to get a spark going in an otherwise hopeless situation. This lack of pride from the Ducks may have been even more shocking than the lopsided final score.

The SEC is clearly the best conference in college football. All fans know that, even ones who stump for other top tier conferences. But there’s no reason why a Pac-12 powerhouse program should get wiped off the map against a powerhouse SEC program. Time will tell in the coming weeks just how impressive Georgia’s win was. Oregon didn’t look like a team worthy of a ranking as the 11th best team in the country.

Equally as dismal as Oregon’s offense was the defensive effort. The defense mustered zero sacks, zero interceptions, and practically zero pass rush up front at all. Georgia was forced to punt just once throughout the duration of the game. The secondary struggled in particular against Stetson Bennett’s passing game.

Georgia was in practically zero need of a running game during the game because of the success of Stetson Bennett and the Bulldogs passing game. Oregon isn’t going to face too many offenses as opposing as Georgia’s throughout the rest of the season, but their secondary has got to do a better job of covering the deep ball, or it could turn out to be a long season for this team as they find that their loss to Georgia will be accompanied by others.