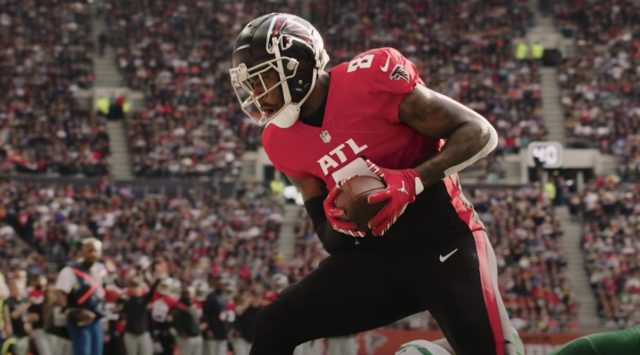 The Atlanta Falcons selected Kyle Pitts fourth overall in the 2021 NFL Draft – which made him the highest drafted tight end of all time. Pitts didn’t win Offensive Rookie of The Year a season ago, but he did impressively haul in 1,026 receiving yards. PFF also nicely gave Pitts a potent 80.3 grade for his 2021 performance.

So, the trendy question is for the Falcons sophomore TE: will 2022 be Pitts’s world? Well, I’m not quite convinced that he will mop the floor against opponents and be dubbed as the next Gronk in 2022.

He is surrounded by a rookie WR named Drake London (who should get the green light in Week 1) who has been nothing short of a stud this summer. He is undoubtedly a massive improvement from Russell Gage, who was the Falcons leading wideout in 2021. Besides the former USC god inflicting pain on opponents, ATL will rely on the ole-familar Cordarrelle Patterson to be a nightmare, after he ousted 548 receiving yards and five touchdowns last season.

Most importantly, the Falcons took a step down in the passing talent column this off-season, by switching from Matty Ice to Marcus Mariota. Since 2010, Ryan hasn’t thrown under 3,900+ passing yards. Meanwhile, the former Oregon Duck and current Falcons QB1 averaged 3,001 passing yards between 2015 and 2018. It won’t be easy for Mariota to blow the doors off opposing defenses with his arm, to say the least.

Pitts’s opponents are also more glamorous than last season. For example, the Saints inked the Honey Badger (Tyrann Mathieu) and he’s been nothing short of a versatile freak and a shut-down defensive back. He was a key reason why Kittle only caught 4 passes for 36 yards in Super Bowl LIV.

Pitts is gifted and he’s really improved his craft this off-season, but he can’t demolish opponents by himself. Will he have 700+ receiving yards and 4+ touchdowns? Probably. Yet, I don’t foresee him having 1,200+ yards and 8+ touchdowns. I could visualize him having a 2022 season that is similar to his 2021 campaign, so he may haul in 850 yards and 5 TDs. With that enunciated, I believe Pitts is a tad overrated entering the 2022 season.