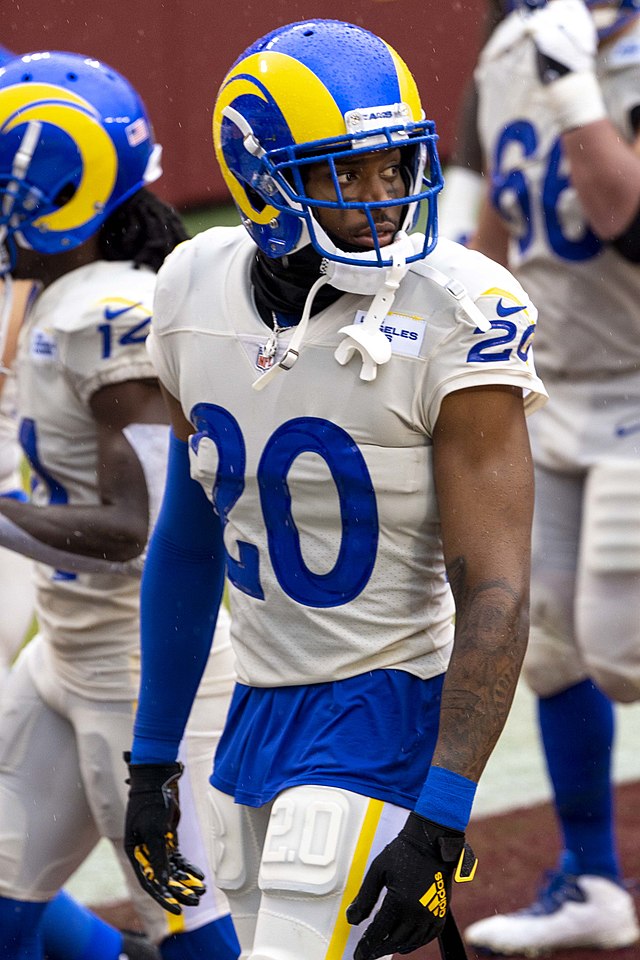 Is Jalen Ramsey overrated in 2022?

The Los Angeles Rams well-compensated & three-time first-team All-Pro cornerback Jalen Ramsey was a stain on the Rams defense last night. Ramsey looked like the 2015 version of Brandon Browner – as he allowed six completions on seven attempts and two passing touchdowns. He literally gave up a perfect passer rating his way direction.

So, the question is: Is Ramsey overrated? I honestly can’t believe that Ramsey unveiled the worst performance on the field on Thursday. The mythical Aaron Donald ousted a sack, two tackles for loss, and one QB hit. AD clearly played lights out against the Super Bowl favorite Buffalo Bills squad.

It’s undoubtedly frustrating that Ramsey was a headache on the Rams defense —- even if it was “the first game of the season”. It should be noted that the Bills were one of the most important opponents to slay heading into the 2022 season and that they would be the ultimate test for the reigning Super Bowl Champions. If the Bills battle the Rams in the Super Bowl, it’s clear that BUF will have the most confidence in the big dance.

It is nerve-wracking that Ramsey was a liability on the Rams superb defense. LA already doesn’t boast Von Miller, so it was obvious that LA needed Ramsey to have the opposite of a mediocre season in 2022. It shouldn’t be said that Ramsey only struggled in one area or on one play – as he was burnt toast across the board. The Saints cream of the crop CB Marshon Lattimore gave up a five-yard touchdown to Stefon Diggs a season ago, but he wasn’t repeatedly a ghost in the four-quarter match-up, so his performance was mostly understandable. Yet, Ramsey was MIA in the entire Bills vs Rams showdown. Moving forward — the Rams need their gifted CB in Jalen Ramsey to shine — even if AD plays on another level.