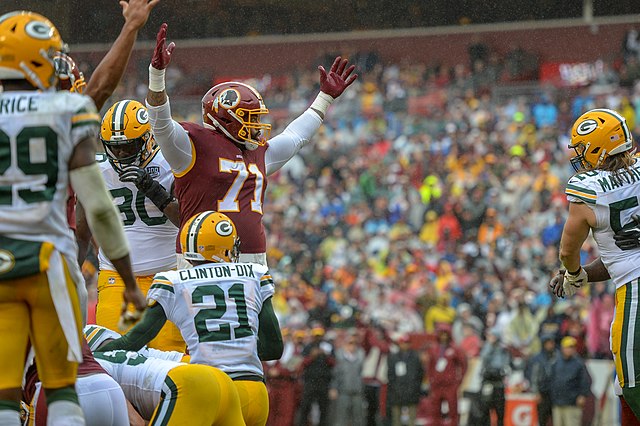 Will Williams be cast into Canton?

The San Francisco 49ers exhibit a big-foot-like left tackle in Trent Williams. The former Washington profile has been a pillar of dominance over the past decade. The bruising OL impressively made his ninth-straight Pro Bowl last season. In 2021, he was proudly able to make his first first-team All-Pro nod. PFF also handed Williams an unusually potent 97.8 grade for his performance.

Of course, he spews out charisma along with talent.

With that said, there is a fascinating, pivotal question surrounding Williams entering the 2022 season: Is Trent Williams a future Hall of Famer?

I believe it would be wise to compare Williams’s resume to the career output of the Dallas Cowboys left tackle Tyron Smith — who will certainly be cast into football heaven at some point in the future. Well, the Cowboys unearthly talented, yet injury-prone LT has made eight Pro Bowl selections and garnered two first-team All-Pro nods in his career. Furthermore, Smith was named to the 2010 NFL all-decade team. Of course, Smith has scooped up one more first-team All-Pro selection in his career.

It should be noted that each OT has had similar flaws – such as injury issues. Since 2016 – Smith has missed a whopping 32 games! Meanwhile, the very scary 49ers LT has sadly been MIA for 17 games since 2016.

The optimistic part for each OT is that they’re still competing and pushing for a Super Bowl ring. I expect each OT to pick up at least a couple of more Pro Bowl nods, too.

Ultimately, I undoubtedly believe Smith’s resume should make Williams feel positive about his chances of landing in Canton. I honestly forsee Williams, who is on an excellent path with the Kyle Shanahan-led 49ers, to join Smith as first-ballot HOFers in the future.