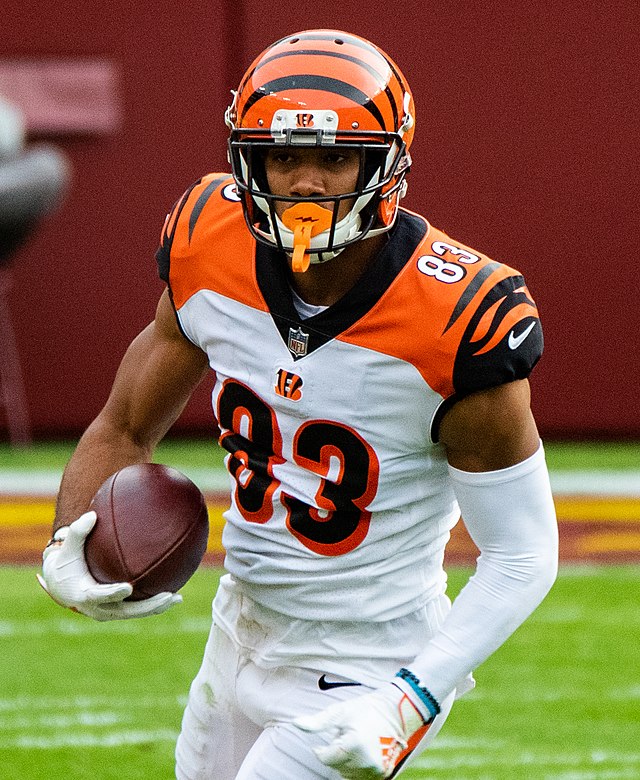 Welcome back to the NFL! The 2022-23 season is underway, and we will be here offering our start and sit advice for every week! We have seen a lot of new faces in new homes, and this should shape up to be an entertaining 18 weeks. Without further ado, let’s give you our starts and sits for Week 1!

Brown was acquired by the Cardinals in the offseason, and was reunited with Oklahoma teammate Kyler Murray. Deandre Hopkins is serving a six game suspension for drug use, which opens up a humongous target share. Brown will command a heavy percentage of those throws, and in an offense-friendly matchup with the Chiefs, Brown should feast. It certainly doesn’t hurt that the Chiefs secondary is rather suspect, allowing for Brown to take advantage.

Jeudy was gifted a major upgrade at quarterback with the acquisition of Russel Wilson. A juicy matchup with Wilson’s former team will serve as a great way for Jeudy to start the year off right. Seattle’s defense will likely focus on Courtland Sutton, allowing for Jeudy to get open against the second or third CBs for the Seahawks. Sutton is also a good matchup this week, as the Seahawks defense is simply atrocious outside of Jamal Adams.

The Jets will be without starting QB Zach Wilson for the first four weeks of the year. Normally this would spell doom for the Jets receivers, but Moore is the exception. When Wilson missed time last year, Moore and backup QB Joe Flacco connected often, including two TDs and almost 150 yards in two games. With the Jets also likely to be playing from behind against a superior Ravens team, look for Flacco to air it out often, and to his favorite target.

This is one of the matchups that feautired two low scoring offenses with dynamic running backs. Derrick Henry and Saquon Barkley will be fed the ball at every opportunity, as each team tries to set the tone on the ground. With two mediocre to poor QBs in Daniel Jones and Ryan Tannehill, it does not spell success for any of the offensive weapons either team possesses. Stay away from Robert Woods and Treylon Burks, as well as Kenny Golladay and Wan’Dale Robinson. Watch for Kadarius Toney and Nick Westbrook-Ikhine as sleepers though.

Boys has the distinction of being the best number three wide receiver in football, but this will hurt him in fantasy. The Steelers do good work against slot receivers, and Jamarr Chase and Tee Higgins will get most of the receiving work in a divisional matchup.

Lockett is the favorite target of new starting QB Geno Smith, but the Seahawks offense is in tatters. A brutal offensive line starting rookies or backups. A mediocre to below average QB in Smith. Having Patrick Surtain lining up against him will do Lockett no favors either. Avoid Seattle WRs in fantasy this week completely.

Gibson was seemingly in the doghouse with Ron Rivera during camp and the preseason, but the unfortunate circumstances with rookie RB Brian Robinson have opened the door for Gibson to reemerge as top dog. A juicy matchup with a weak Jaguars defense should allow Gibson to reach the end zone and rack up points for your squads.

The Packers are incredibly thin at WR after seeing Davante Adams depart in the offseason. This has led to RB Aaron Jones seeing a lot more receiving work in camp and the preseason. Allen Lazard also has a chance to miss Week 1 as well. Dillon will see the goal line work, and has a chance to snag a few passes himself. He destroyed the Vikings defense last year for 83 yards and two touchdowns. The odds are good for a repeat performance.

The Browns passing offense is going to be rather subpar in the 11 games Deshaun Watson is suspended. Jacoby Brissett is more of a game manager, who prefers checking it down and short passes to airing it out deep. All of this spells good news for Hunt, as he is essentially the third option behind Amari Cooper and David Njoku. He is a worthy flex play this week

On paper, this is a good matchup for the Eagles rushing attack.The Lions are not a strong team against the run, despite adding Aidan Hutchinson. But the Eagles have a three headed committee and cannot committ to just one. Miles Sanders is the de facto lead back, but Boston Scott and Kenneth Gainwell see all the passing work and vulture carries as well. All will see work and may perform well on a yards per carry basis, but the overall stats will not be fantasy friendly.

Robinson is finally healthy after his awful Achilles tear at the end of last season. The downside is that the Jags first round pick of 2021 is also healthy, in Travis Etienne. Etienne has the Clemson connection with Trevor Lawrence, and is the more explosive option out of the backfield. At best this is a timeshare, and at worst Etienne is the third down back, reducing Robinson to a change of pace role.

Patterson was a fantasy darling in 2021, soaking up carries and targets as the best weapon on the Falcons. However, the Falcons downgraded to Marcus Mariota at QB, and added Damien Williams and Tyler Allgier to the running back room. This, plus the addition of rookie WR Drake London, spells a reduction across the board for Patterson. It doesn’t help matters that the Saints are strong up front, and held Patterson to almost nothing in Week 18 last year.

Cousins was the beneficiary of a coaching change this offseason, as the Vikings brought in former Rams OC Kevin O’Connell to run the offense. He immediately stated he wanted to make this a pass-first team, and this will only serve to help Cousins. In a divisional battle against a superior Packers team, Minnesota will need to throw the football to keep up.

Ryan now has the advantage of playing behind one of the best offensive lines in football, giving him ample time to throw. Having teams worry about Jonathan Taylor also takes the pressure off. Combine this with a matchup against a rebuilding Texans team, and the recipe is a QB1 finish this Sunday.

Winston is a plus matchup for similar reasons as Ryan. He gets to face a weak Falcons defense, and has a revamped offense, with a healthy Michael Thomas, new addition Jarvis Landry, and rookie Chris Olave. Alvin Kamara is likely to play as well, giving Winston more than enough weapons to take care of business.

While the Dolphins did all the right things this offseason (adding Tyreek Hill, Chase Edmonds, revamped coaching staff) this is not the matchup to see fruit borne out of it. Bill Belicheck has stymied Tua in their matchups thus far, holding him to less than 20 fantasy points each time. A strong front seven will keep Tua off balance most of the game.

While the matchup on paper is a positive, history would suggest otherwise for Wentz. In his two games against the Jags last year, he combined for 18 fantasy points, constantly flustered by Josh Allen and the Jacksonville pass rush. Look for that to continue, as Washington will rely on Antonio Gibson and the ground game to get a win.

This one is fairly simple. Despite seeing a new offense-friendly coaching change, Jones will be operating behind a makeshift offensive line against a strong Titans pass rush even without Harold Landry. Despite having two bookend tackles in Andrew Thomas and Evan Neal, the interior OL is in tatters, something Jeffrey Simmons and the other big men on the line will exploit for Tennesee. Jones will have little time to throw, and is only a start in desperation for superflex leagues.

On a bad Bears, there are a lot of targets to go around for anybody not named Darnell Mooney. Kmet is set to capitalize after having a breakout camp and the working relationship with Justin Fields. The Bears will also likely be playing from behind against a superior 49ers squad. Combine this with the volume he will have, and Kmet is a solid TE1 for this week.

Ertz was a monster last season when Deandre Hopkins went down, and has a chance to replicate with Hopkins now suspended. Kyler Murray will need a complement to Hollywood Brown, and Ertz has the skillset, and working relationship with Murray to have a good Week 1 against a weak Chiefs defense up the middle.

Freiermuth was a red zone hog last year, leading him to several double digit fantasy performances. Mitchell Trubisky will want to look for the big body in the red zone with the few opportunities Pittsburgh will see. This pick is admittedly more of a sleeper, but Freiermuth has the intangibles to make it pay off.

Jonnu Smith and Hunter Henry both received good paydays from New England a couple offseasons ago, but neither one is a bonafide starter option. In an offense that relies heavily on the ground game, plus Mac Jones still needing to take that leap, success is unlikely for the tight ends. Fade them.

Hooper was a bust in Cleveland, with only 2 double digit fantasy weeks all of last year. Look for his struggles to continue Week 1. The Titans will run the offense through Derrick Henry, and the Giants were very good against tight ends in fantasy, 11th best. Hooper is a very low TE2 who should be avoided.

Gesicki was a top 10 tight end in fantasy last year, but the offseason brought any promise of a repeat to a halt. The additions of Tyreek Hill and Cedrick Wilson take away targets in the passing game, and the Dolphins have been using Gesicki more and more as a blocker. Combine this with a matchup against a good Patriots defense, and Gesicki is a sit for Week 1.

Thank you for checking out the article. Best of luck in your Week 1 matchups! Enjoy the season!