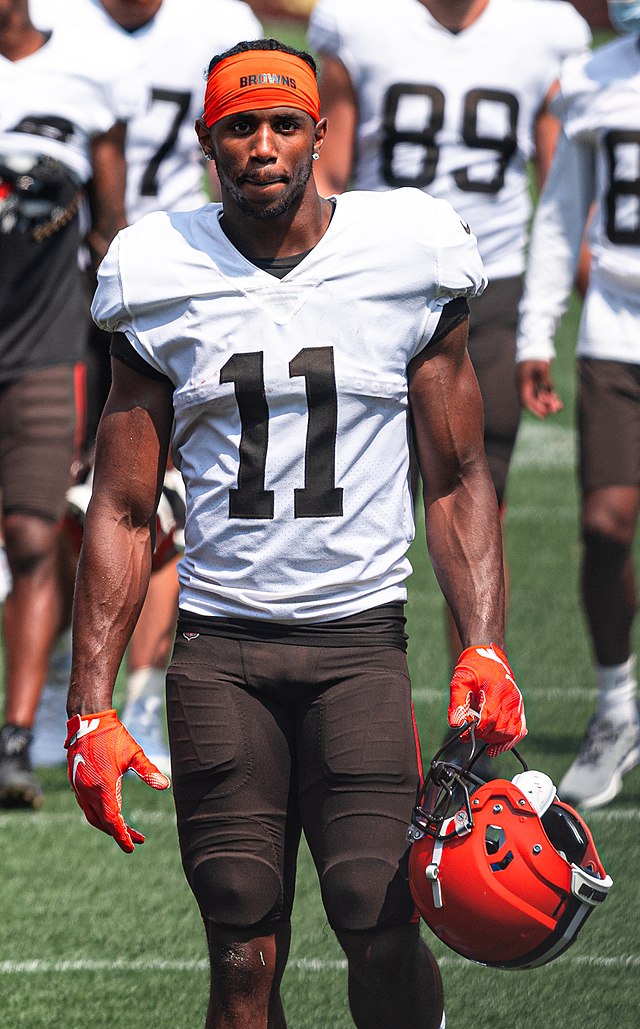 Week 1 is nearly in the books and it surely didn’t disappoint. There were a few games that were more entertaining than the first season of Squid Game. Furthermore, there were a ton of under-the-radar players that dazzled and deserved to grab the attention of fantasy owners. With that said, I’m going to untwine several waiver wire targets in Week 2.

The Cleveland Browns wideout Donovan Peoples-Jones may not have the same resume as Amari Cooper, but he still led the Browns in targets, receptions, and receiving yards yesterday. He is only rostered in 4% of the Yahoo leagues. DPJ should continue to garner excellent match-ups as the WR2 and I expect him to really blossom with Deshaun Watson late in the season.

I honestly loved Marcus Mariota’s performance in Week 1. The former Heisman winner didn’t come out with a victory against the New Orleans Saints, but he did have 215 passing yards, a potent 72 rushing yards, and a touchdown (and a fumble). It’s also worth noting that Mariota performed well against a likely Top-3 defense in New Orleans.

It was noted that Julio Jones was the fastest player on the Buccaneers this off-season. Jones didn’t exactly appear to be washed up in Week 1. The Falcons legend connected with Tom Brady on a 48-yard pass & finished with three catches for 69 yards. Jones is rostered in 62% of Yahoo leagues.

The third NFC South player on this list, Jameis Winston, started to really cook in the fourth quarter of the Saints-Falcons game. Winston unleashed 13 completions on 16 attempts, 213 passing yards, 2 passing TDs, and 0 interceptions. It’s also refreshing to see Michael Thomas back and healthy for his QB (2 TDs in Week 1).

The illustrious 49ers RB Elijah Mitchell could miss numerous contests after his hurting his knee in Week 1. The 49ers RB2 is none other than Jeff Wilson. His most productive campaign was in 2020 (600 rushing yards, 7 rushing TDs, and 4.8 YPC). He is currently rostered in 16% of Yahoo leagues.

Rex Burkhead was certainly involved all-around for the Houston Texans on Sunday. He had 40 rushing yards and five catches from Davis Mills. The 32-year-old RB refuses to decay. He is only rostered in 13% of Yahoo leagues and 17% of ESPN leagues.

Myles Garrett was an absolute menace against his former QB Baker Mayfield on Sunday. He sacked Mayfield twice (and almost a third time). The best part is that the hungry Browns team faces a Joe Flacco-led Jets team in Week 2.