Is Nick Chubb a future Hall of Famer? 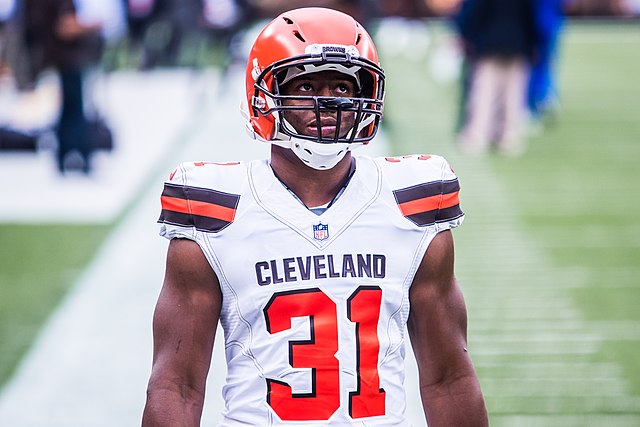 Will Nick Chubb be cast into Canton?

The Cleveland Browns bruising running back Nick Chubb has been consistently dominant in his career thus far. Chubb has registered at least 996 rushing yards and 8 rushing touchdowns in each NFL season. Furthermore, he made three Pro Bowls in his first four seasons. The Browns star RB is also off to a superb start in 2022 — as he’s unleashed 228 rushing yards, 3 rushing TDs, and averaged a whopping 5.8 YPC. PFF has also given the Browns lead RB a potent 86.7 grade for his performance.

With that enunciated, there is an intriguing, grand question surrounding the Browns RB: Is Chubb a future Hall of Famer?

He undoubtedly needs to be a freak RB for at least four-five more seasons including one AP season if he wants to have a shot to land in Canton. The Browns star profile already has one more PB nod than The King (also known as Derrick Henry). Although, he doesn’t share the same top-end production as Henry, Adrian Peterson, or LaDainian Tomlinson.

Chubb could really shine if Kareem Hunt doesn’t stick around the team beyond 2022. I expect Hunt to move on from CLE and Chubb to be the face of the RB spot for a long time.

I anticipate that Chubb will be more efficient when opponents focus on Deshaun Watson (after he is coming off an 11-game suspension this season). It could be said that the Browns may have the best QB-RB duo in the back quarter of the 2022 season.

When it’s all said and done, I foresee Chubb being inducted into the Browns ring of honor. I don’t feel that he will have an unusually productive single-season performance at this stage in his career, but he could 4-5 more PB seasons and make a strong case to garner a gold jacket.