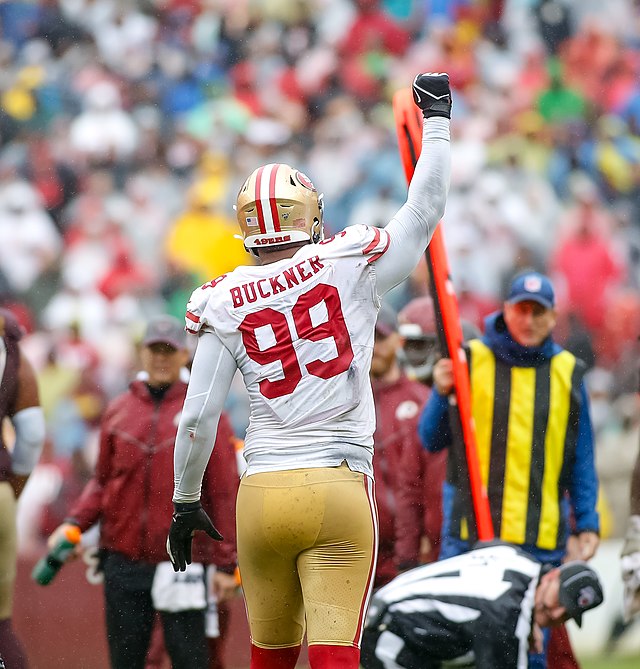 The Indianapolis Colts defensive tackle Deforest Buckner (who could also play Amleth in The Northman) made first-team All-Pro in 2020 & garnered a Pro Bowl nod last season. He sincerely has been a crucial member of the Colts defense and a well-respected defender around the league.

However, chunks of the 2021 season and 2022 have told a different tale about his worth on the Colts squad (as he hasn’t ousted a QB hit or sack in 2022 thus far). Furthermore, he holds an average salary of $21 million dollars per season. With that said, it has been speculated that Indy may ship away the Colts DT. Hence, I’m going to untwine several potential trade destinations for Deforest Buckner.

The Denver Broncos need more guns (not from Nicholas Cage) if they want to thrive in the cruelest NFL division (AFC West). They have the resources (fourth most cap space) & a need for more muscle on their defensive front. DEN brought over Randy Gregory to join Bradley Chubb, but Buckner would still be the most dominant DL on their team.

Let’s face it — the Tampa Bay Buccaneers are all in on Tom Brady’s likely last season in the league. It may be wise for the Brady bunch to acquire a large profile, such as DEFO. I am a big fan of the current talent on the Bucs defensive front: Shaq Barrett (aka Shaq Attack), Vita Vea, Joe Tryon, Lavonte David, and Akiem Hicks. It would be quite scary for opposing QBs if the Bucs brought in Buckner.

“The Joker’s got no rules”

Sean McVay and Les Snead have managed to bring in freak profiles in each of the past few seasons. They have a defense that showcases Aaron Donald, Jalen Ramsey, Bobby Wagner, and Leonard Floyd. Of course, they’ve had great success when pairing Donald with an elite DL (whether it was Von Miller or Ndamukong Suh). I’d love to see the Rams be aggressive to land the Colts DT.

The Miami Dolphins are riding high after starting 2-0 & Mike McDaniel truly won’t take his foot off the pedal. The Phins inked the veteran Melvin Ingram this off-season, but I’d still like to see them acquire a shiny toy for their front seven. Buckner may be a significant difference maker for the Phins battles against the Buffalo Bills.

I would really like to see the New York Jets make a move for DEFO. Buckner and Quinnen Williams would be a mighty DT duo, to say the least. The Jets also have a dangerous group of weapons on offense — which is arguably led by rookie WR Garrett Wilson (8 catches for 102 yards and 2 TDs in Week 2).