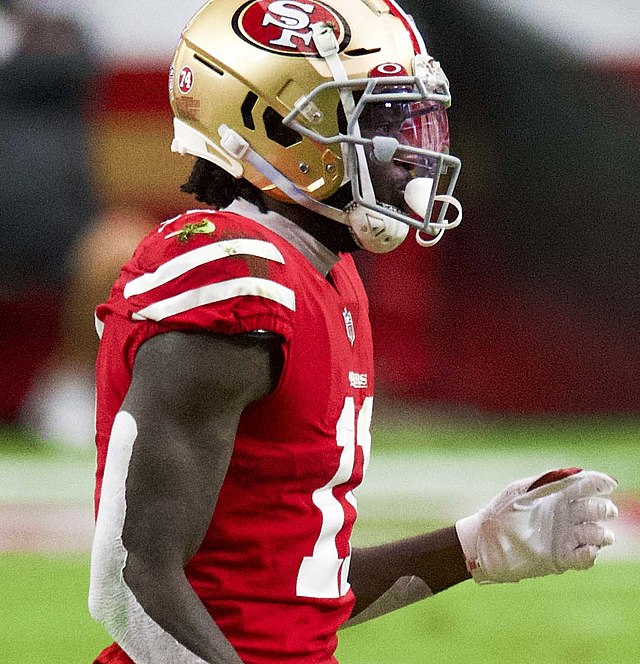 Latest WRs to trade away in Week 3

Two weeks of the NFL season are now in the books, and we now have a better idea of how well players at each position have performed thus far. In this article, we will delve into the wide receivers, and advise on some receivers you should be adding to your squads, as well as a few who you should move on from.

Mooney has been the victim of an incredibly poor Bears offense. Dreadful weather in Week 1 plus a Justin Fields letdown in Week 2 has left Mooney’s stock in the dumps. But there is room for optimism. Mooney took over as the number one weapon last year and developed great chemistry with Fields, despite the presence of Allen Robinson. A juicy Week 3 matchup with the Texans, who surrendered over 300 passing yards to Matt Ryan in Week 1, is on the horizon. Justin Fields should be able to sling it all game long. Mooney is a great buy low and is someone you should be targeting, especially in dynasty leagues.

This is a case of adding someone before their value skyrockets even further. London has been the undisputed alpha in the Falcons offense so far, despite the presence of Kyle Pitts. Marcus Mariota has been targeting London constantly. A 48% target share in Week 1, and a similarly commanding 46% share in Week 2. Pitts will obviously start to be more involved in the coming weeks, but London is still a must-have for rosters, and his value will only get better in the dynasty. Get him now before you have to pay even more.

The 49ers have seen a lot of offensive turnovers, with Eli Mitchell’s knee injury and George Kittle missing time as well. Starting QB Trey Lance is now down for the season with his broken ankle. With the return of Jimmy Garoppolo, a player who stands to gain is Aiyuk. He saw the largest target share of the Niners weapons when Jimmy G came into the game (33%) and will continue to see a large share with Deebo Samuel working out of the backfield more often.

Robinson delivered after a subpar Week 1, reaching the end zone and catching 4 balls for 53 yards. While this looks good on the surface, Robinson was still outplayed by Cooper Kupp, and even tight end Tyler Higbee saw more targets. A 14% target share is very concerning, and while he has upside in a very good Rams offense, the lack of consistency will hurt him. Sell high after a good Week 2 performance.

Thomas has been fantastic for the first two weeks of the season, scoring three touchdowns and seeing a large target share. While this is good news on the surface, there are some other factors that need to be considered. Rookie Chris Olave saw a team-high 13 targets in Week 1, and is going to be even more involved as the weeks pass on. Alvin Kamara will be returning from injury soon as well, and he commands a decent target share as a dual-threat running back. Jarvis Landry isn’t going anywhere either. A lot of mouths to feed, and we could see different players balling out each wheel. Thomas is riding high right now, and it is a perfect time to capitalize on his value and sell high.

The Browns were a much more competent offensive team Week 2, and Cooper got more involved, with nine catches for 101 yards and a touchdown. Operating as the number one weapon for Cleveland in the air, you would think this outing is a sign of better things to come. I am incredibly skeptical of Jacoby Brissett as a signal caller, and consider this high-scoring performance as an outlier. Use this Cooper performance to sell him for another player who can more consistently help your squad.