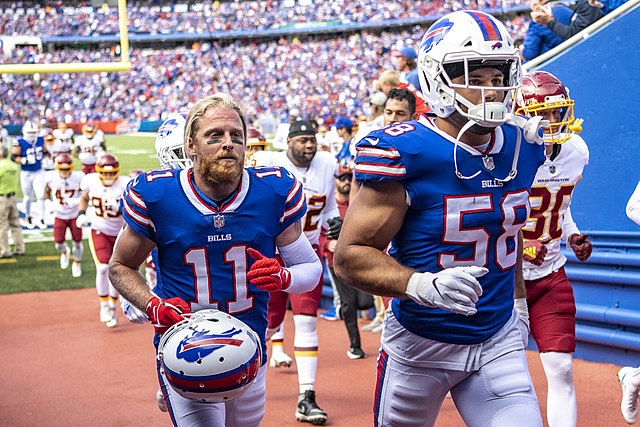 Who are the best sleeper WRs heading into Week 3?

The Fantasy Football world is more exhilarating than the artificial space station on Treasure Planet. In particular, there has been a plethora of superb performances from the WR position. With that said, I’m going to take a fun angle by untwining five sleeper WRs heading into Week 3. Let’s begin.

The new Tampa Bay Buccaneer Cole Beasley will look to break the will of opponents will the GOAT (Tom Brady). I don’t believe that the former Buffalo Bill is washed up. He’s coming off a season in career-high targets (112), while obtaining a modest 693 receiving yards. Beasley should certainly be involved against the Green Bay Packers with Mike Evans out of the line-up.

It may REALLY be worth trading for the Saints polarizing rookie WR Chris Olave. He is coming off a whopping 13 targets in Week 2 while catching 80 yards. I expect him to only continue to garner attention deep down the field — while defenses focus on a healthy Michael Thomas. Jeff Bell of the Football Guys nicely noted that he doesn’t believe that there is a better buy in fantasy football than Chris Olave.

The Los Angeles Chargers WR Joshua Palmer is trying to climb out of the shadow, also known as the Keenan Allen and Mike Williams spotlight. Palmer nicely hauled in a touchdown from his potential MVP QB Justin Herbert in Week 2. The man that shares a birthday with me (Sept. 22) could have a very bright career with the Chargers as a WR3 and potentially WR2 (as Keenan Allen is already 30 years old). He is owned in 41% of ESPN leagues.

I pinned Garrett Wilson (owned in 26% of Yahoo leagues and 70% of ESPN leagues) as a waiver wire pick-up entering Week 3. It’s important to reiterate the rise of the Jets WR. He ousted an incredible performance against the Cleveland Browns: 102 yds and 2 TDs. Wilson is undoubtedly a top OROY candidate at this very early point in 2022.

It may be Garrett Wilson szn, but Elijah Moore can be an x-factor in the Jets offense. Andrew Erickson of Fantasy Pros stated that Moore was third in targets in Week 2 and fifth in targets in Week 1. Besides having crisp route running ability, Moore also benefits from the attention that Corey Davis and Wilson garner. After Flacco tossed four passing touchdowns in Week 2, I blatantly love the direction of the Jets passing offense – which may sound strange.

Cedrick Wilson Jr. may be a bit of a deep sleeper at WR, but it should be stated that he’s going to soon be healthy (after leaving the game in Week 2) and playing with a Phins QB named Tua that dropped six passing touchdowns in Week 2. It’s clear that Dolphins have the NFL’s best WR duo. I suspect that Wilson Jr. will repeatedly thrive with his match-ups in the 2022 season.