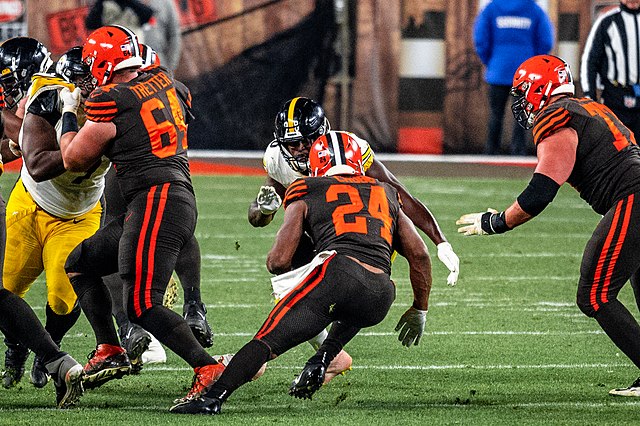 Two weeks of the NFL season are now in the books, and we now have a better idea of how well players at each position have performed. In this article, we will delve into the running backs, and advise on some RBs you should be adding to your squads, as well as a few who you should move on from.

While the results have not been there for Williams, there are positive trends that are encouraging. He has been the dominant back in Denver, out-touching Melvin Gordon in both carries and targets. Russell Wilson is still finding his feet with the Broncos. He has traditionally struggled in the beginning games, so he will get it going sooner rather than later, and that will lead to a surge in touchdowns for Williams. Williams is a good buy low in redraft if his owner is panicky about the slow start.

Fournette is in a similar situation as Williams. He commands a large share of touches, but a sluggish start by the offense to start the year has led to a lack of touchdowns. Fournette himself stated that fantasy owners can expect that to change, so if you can get him on the low after a subpar first couple of weeks, you will be well rewarded. Tom Brady won’t struggle for long and loves feeding his RBs. Fournette has seen 20 plus carries and multiple targets in each game so far. It will not be long before those touches turn into touchdowns.

Cook is another high-profile fantasy draft choice who is underperforming to begin the season. A pass heavy attack in Week 1, plus an all-around porous offensive showing in Week 2 has left Cook owners disappointed. With a new coaching staff and offensive scheme, there were some growing pains to be expected. This is a good time to capitalize and buy low. His usage has always been elite, so there will be a positive change sooner rather than later.

RBs to Trade Away

Chubb is currently the RB1 in fantasy after two weeks, so he simply cannot get any higher than this. The Browns will not always be in a position to run the clock out, and Kareem Hunt looms for any obvious passing situations. The upside for Chubb is limited, and while he will continue to be a very good RB, the time is now to capitalize on the fact that he is literally RB1. Sell high while you can.

Najee has not looked like himself in these first two games, with only one touchdown and 72 rushing yards combined. His Lisfranc injury looks as though it may still be bothering him, and playing behind a subpar Steelers offensive line certainly doesn’t help matters either. You may want to sell before he gets any worse, as his receiving work has helped keep him afloat thus far. If you can get one of the stud rookies for him, ideally Drake London or Chris Olave, that may be a move to make pending your team’s situation.

Could Father Time finally be catching up to Mr. Unstoppable? Henry has looked very pedestrian in his first two games of 2022. If you are on a rebuilding squad, it may be time to say goodbye and package Henry for picks or younger players. Running backs do not have a very long shelf life, and you don’t want to have to keep Henry past his expiration date.