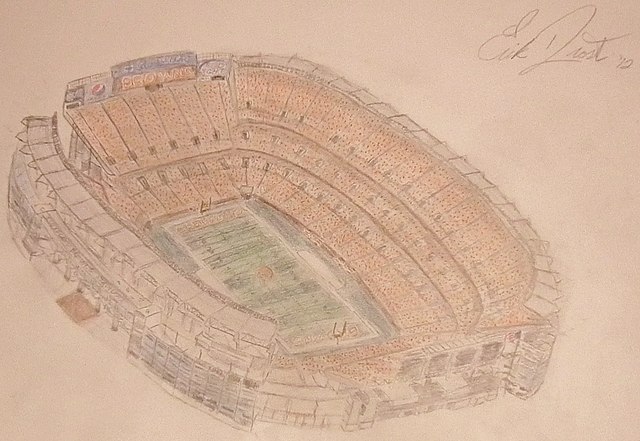 Who is the best Browns head coach of all time?

Though the Cleveland Browns have had a lack of real success in recent years, the team has a rich historical standing in the annals of pro football. The history of the Browns dates back to 1946 when they were inaugural members of the All-America Football Conference. The AAFC lasted just four seasons before folding on account of the far more popular National Football League, but the Browns thoroughly dominated those four seasons, led by all-time great quarterback Otto Graham and franchise co-founder and head coach Paul Brown.

But the Browns’ history has other notable coaches as well.

Nick Skorich was the head coach of the Browns from 1971 to 1974. The team made the playoffs twice during his tenure, in ’71 and ’72, winning the AFC Central Division in ’71 and earning a Wild Card berth in ‘72. Though the team didn’t win a playoff game during his tenure, they experienced just one losing season in that same time. The ’71 and ’72 seasons featured a heavy offensive dose of Hall of Fame running back Leroy Kelly.

After his coaching career, Skorich was a supervisor of officials for the NFL, developing a number of umpire mechanics that lasted in the rulebook a long time, until league-wide changes hit in 2010.

Sam Rutigliano was the head coach of the Browns from 1978 to his replacement mid-season in 1984. The team had its first 11-win season in 15 years in 1980, on their way to an AFC Central Division title and an MVP season for quarterback Brian Sipe. The teams under his tenure were scrappy, even though they were never on top of league-wide rankings. Their defenses in particular never finished above 17th in net yards gained per pass attempt by opposition (excluding ’84 when he only coached eight games).

Rutigliano was named United Press International coach of the year twice, an award discontinued in 1996.

Marty Schottenheimer was the head coach of the Browns after taking over for Sam Rutigliano mid-season in 1984 through 1988. During the time, the team won the AFC Central Division three straight seasons (’85-87) and made it to the AFC Championship game in back-to-back seasons (’86 and ’87). The ’84 season, in which he coached just eight games, was the only season the team didn’t make the playoffs during his tenure.

Schottenheimer’s tenure with the Browns was just half as long as his Chiefs tenure, but he was easily the best coach the franchise had since its early glory days.

Blanton Collier was the head coach of the Browns from 1963-1970. His team won the NFL Championship in ‘64 over the Baltimore Colts, and made it to the championship game again in ’65, losing to the Green Bay Packers. He coached franchise icons Jim Brown and Leroy Kelly in his tenure. His most significant contribution to the franchise was bringing it back to prominence after the Paul Brown era fizzled out over the last few seasons prior to his hiring.

Collier is also renowned for his mild-mannered nature, kindness, and top-notch sportsmanship.

Paul Brown is far and away the greatest coach in Browns history. He’s also one of the greatest coaches in NFL history. His teams went to the AAFC/NFL Championship game in ten consecutive seasons, winning seven of them. He would take one more team to the NFL Championship game in 1957, losing to the Detroit Lions. His tenure lasted from the franchise’s inception in 1946 through 1962.

Brown’s teams featured legendary NFL players Otto Graham, Marion Motley, and Mac Speedie, among others. He’s the very foundation of the franchise, having co-founded it. Later on, he also had a hand in establishing the Cincinnati Bengals.