Is Antonio Brown a future Hall of Famer? 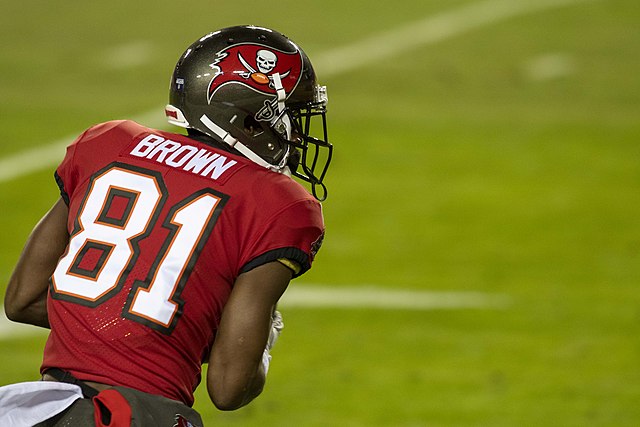 Will Antonio Brown be cast into Canton?

Antonio Brown is one of the sports’ most controversial figures. However, whenever he steps on the field, there is always magic. Aged 34 and without a team, retirement is more likely than Brown finding a new team. But is he a Hall of Famer?

Let’s take a look at the reasons for and against his inclusion, before coming to a decision.

Reasons For His Inclusion

With 12, 291 career yards and 83 career touchdowns, it is hard to ignore his production. A seven-time Pro Bowler and a member of the Hall of Fame All-2010 team, he also caught for a touchdown in Super Bowl 55 as he and the Tom Brady-led Tampa Bay Buccaneers beat the Kansas City Chiefs on his way to his only ring to date.

In his prime, he was electric. Pure speed, quick feet, and an ability to change his movement and trick defenders were pure footballing ecstasy. However, his recent behavior has left a sour taste in people’s mouths.

Reasons Against His Inclusion

It seemed for a while that Brown had matured. Living in Tom Brady’s house, no trouble for a while, and performing when it mattered in the playoffs.

And then the wheels fell off again in the 2021 season, with his return seeming all but unlikely. His walk off the sideline, which was followed by throwing his shirt in the crowd, was the last straw for then Buccaneers head coach Bruce Arians.

Brown was a distraction during his last season with the Pittsburgh Steelers, falling out with several players such as quarterback Ben Roethlisberger. He then was traded to the Oakland Raiders but was let go before he even took to the field after falling out with head coach Jon Gruden. This is after he had arrived at training in a hot air balloon, caught frostbite on his feet, and had a dispute with the league over the helmet that he wanted to use. He lasted just one game with his next team, the New England Patriots, before being released due to off-the-field allegations.

Sadly, for Brown, fans remember this behavior more these days than how good of a player he was.

It is for this reason that he is most likely not going to become a Hall of Famer. It should be noted that Ray Lewis is in the Hall of Fame despite those allegations, but he was never convicted. Brown’s behavior was there to see in plain daylight. It would set a bad example to the young generation if he were to be included.