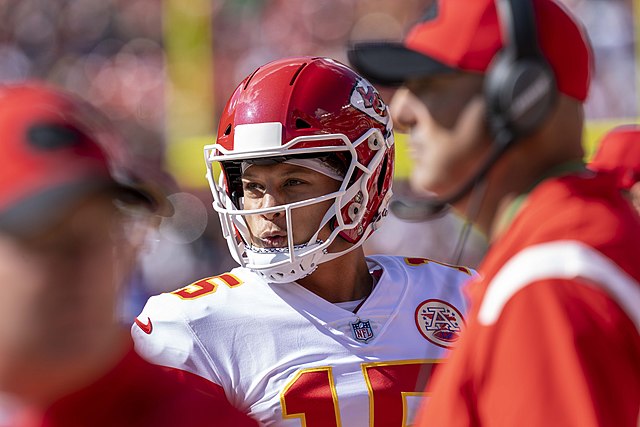 Is Patrick Mahomes already a Hall of Famer?

It’s already clear that the Kansas City Chiefs have an extremely special football player in Patrick Mahomes. Although, It’s less visible if Mahomes is already a lock to be casted in the football Hall of Fame. With that said, I’m going to untwine Mahomes’s resume at this point and conclude if he already deserves to have a place in football heaven.

Mahomes was handed the keys to the Chiefs offense from Andy Reid in the 2018 season. It was safe to say that the former Texas Tech QB was fine padawan under Alex Smith in his rookie season because he was unstoppable in his sophomore campaign. In his second season, he unveiled a whopping 5,097 passing yards, 50 passing touchdowns to 12 interceptions, and led his team to a potent 12-4 record. In no surprise, Mahomes won MVP in that same season.

The Chiefs QB1 also had his second ultimate high in the 2019 season — as he won Super Bowl LIV and was crowned Super Bow LIV MVP.

At this point in 2022, Mahomes has accumulated 19,848 passing yards, 159 passing touchdowns, and 38 interceptions in his football life. It’s also insane that Mahomes carries an 52-14 record thus far.

It would be incredibly distasteful for NFL fans to imagine Mahomes hanging up the cleats anytime soon, but I do honestly believe that he would eventually have a place in Canton if he retired at the end of the season without winning an MVP or even a Super Bowl ring.

Of course, there was speculation that the best defender over the past few seasons in the league, Aaron Donald, would hang up the cleats this off-season.

There are signal-callers that haven’t won a Super Bowl ring (Matt Ryan) or an MVP and a Super Bowl ring (Tony Romo) that are most likely HOF locks in my opinion. Mahomes may not have the same career stats as the previously mentioned QBs, but he has nicely won gold in numerous areas. It also should be noted that very elite profiles have had short careers (such as Terrell Davis) and have still found a way to be cast into football heaven.

Andrew Luck had a short career (six seasons), but he was not able to be the best player in the league at any point in his career or win a world championship.

With that laid out, I ultimately expect Mahomes to continue to dismantle his opponents and be a slam-dunk first-ballot HOFer.