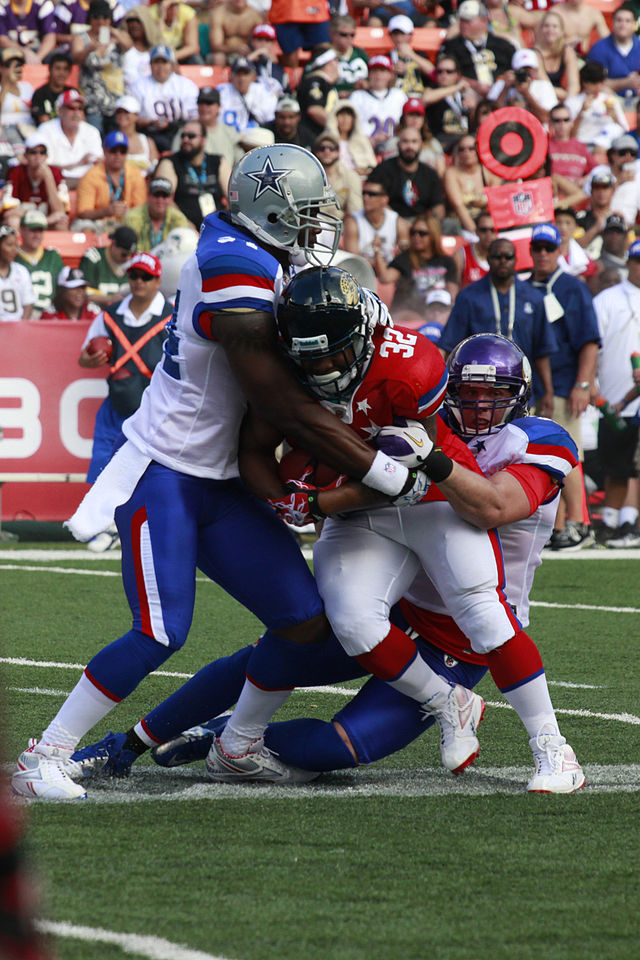 Is MJD really a future Hall of Famer?

The current energetic NFL Network Analyst and former Jacksonville Jaguars legend, Maurice Jones-Drew, hung up his cleats in the 2004 off-season. MJD was a ball of fire in his rookie season with the Jags (941 rushing yards and 13 rushing touchdowns) and then he proceeded to be a recognizable elite RB in 2009 and beyond. In the year that Avatar hit theaters, MJD ousted 1,391 rushing yds & a whopping 15 rushing TDs. MJD clocked 1,324 rushing yards in 2010 and then 1,606 rushing yards w/ 8 rushing TDs in 2011.

All in all, it was safe to say that MJD was a nightmare for opposing defenses & he defied expectations with his size. So, there is a great, exciting question surrounding the retired MJD: Is he a future Hall of Famer?

I don’t only love his persona, but I like his chances of eventually landing in Canton. He stacks up well with fellow game-wrecking RB around 2010, Chris Johnson. MJD has 13 more career-rushing TDs than CJ2k, but he has roughly 1,500 fewer rushing yards in his career. They share the same number of Pro Bowl honors and they’ve both reached ousted a first-team All-Pro nod. Unfortunately, neither MJD, CJ2k, nor even Adrian Peterson were able to garner a pivotal Super Bowl ring in their career.

I’d expect to see MJD finish as a member of the Jaguars ring of honor before getting a gold jacket to Canton, Ohio. He has yet to garner attention for having a chance to make it into the HOF, but the trumpets from Jags nation & fans of the RB spot should continue to hype up his chances moving forward.