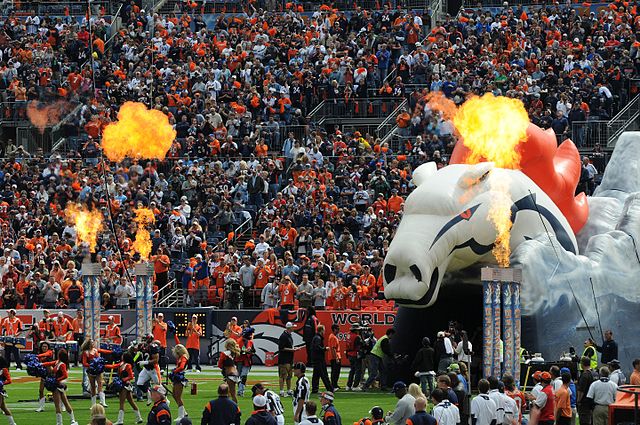 When will Russ cook?

When the Denver Broncos fired head coach Vic Fangio, it was deemed that they were just a quarterback away from being contenders.

And then the Broncos made moves. Nathaniel Hackett was hired, after a spell as the Green Bay Packers offensive coordinator. Not long after that appointment, the team went big in their search for a new quarterback. They traded a 2022 and 2023 first-round and second-round pick as well as a fifth round from this year and gave away Drew Lock, Noah Fant and Shelby Harris in exchange for Seattle Seahawks quarterback Russell Wilson and a fourth-round pick.

This was supposed to be the answer. However, so far it has been far from that.

The Broncos have lost their last two games and currently sit at 2-3 after their first five games with their new head coach and quarterback duo. Neither has set the world alight.

Russell Wilson is said to have requested the trade, and many felt Pete Carroll’s run-first offense was holding him back. However, all Wilson has shown us in 2022 is that perhaps Carroll was doing this for a reason.

Against the Colts, Wilson threw an awful interception and despite having 274 passing yards, he threw for zero touchdowns and two interceptions. With the exception of one great run and one great pass, Russ had no moments of excellence. He was incapable of getting it done in the red zone, seemed to force his passes to his target men, and often missed several open receivers.

Hackett came in as an offensive guy, one that worked with the current back-to-back MVP. Russ was meant to be allowed to cook, presumably one of the reasons if not the main one for Wilson agreeing to join the Broncos. With Jerry Jeudy, Courtland Sutton, and Tim Patrick, he was not short of receiving options. Patrick may have suffered a season-ending injury prior to Week One, but the team still has K.J. Hamler and Albert Okwuegbunam.

His ability to just throw it without properly looking through his reads may have been disguised in recent years due to D.K. Metcalf being the closest thing to Calvin Johnson we have seen since the Hall of Famer retired. Neither Jeudy, Sutton and Hamler have the strength and hands of Metcalf.

Hackett deserves some portion of the blame, with his questionable play calling and poor time management. He could well be one and done as a head coach for the Broncos. His time so far reminiscent of Adam Gase, a star quarterback glossing over coaching deficiencies. However, he is not the one out there missing open players, making bad throws, and seeming scared to get hit. So far, Wilson looks to have made no difference. With the number of draft picks given up and the long term multi-million-dollar extension given to him, this trade so far looks to be one the team may regret.

Let’s not forget that Wilson still has to play the Chargers and Chiefs each twice.

Granted, a new head coach who actually knows what they are doing may be the difference they need and not every quarterback can do what Tom Brady and Matthew Stafford did on new teams.

Despite this, should Wilson play like this for the rest of 2022 and beyond this trade could be one that potentially affects the team long-term.